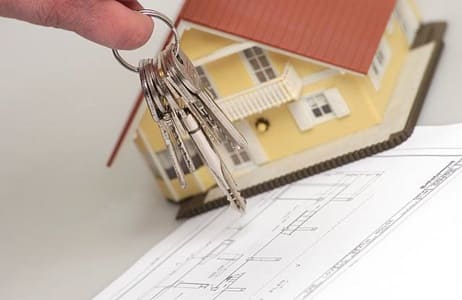 According to Nationwide savings

Parents face a steep bill to empty the family nest, according to research from Nationwide Savings which shows the cashflow doesn’t stop once their children have left home.

The survey of 1,000 parents of adult children who had left home found that 85 per cent of parents contributed financially towards setting up their offspring’s new start, on average just before they turned 20. And while almost half (47 per cent) of children left the family home by the time they were 18, one in 12 (8 per cent) stayed put in the parental nest past their 25th birthday.

Further education finance: The cost of equipping a child for university was the highest initial outlay at £1,114, including an average £144 spent on computers, £109 on transport costs, £107 on books and stationery, £106 on mobile phone and call costs and £100 spent on kitchen equipment and bedding.

Rental requirements: Parents spent an average of £631 on helping their child set up a first rented flat or house, including £135 towards the rent itself, £83 on home furnishings, £61 on kitchen equipment, £58 on food, £47 on bedding and £27 on bathroom essentials.

Bill for buying: For those parents contributing towards setting a child up in their first owned home, the average bill totalled £825, including £281 towards the initial deposit. They spent a further £80 on home furnishings, £60 on kitchen equipment, £58 towards solicitor’s fees and £57 on decorating and renovations. For some parents, the costs could mount up even further as their children will have done all three – been to university, set up a first rental and bought their own home – costing a combined £2,570.

As well as the initial set up costs, parents continue to give their adult children cash or buy them goods to help them out, with a quarter (23 per cent) contributing once a month and one in five (18 per cent) forking out twice a month or more. On each occasion, the average amount gifted is £44, though one in five (19 per cent) fork out £90 or more.

How do parents fund this finance?

More than half of parents (56 per cent) funded this spending from savings and a third (36 per cent) covered the costs from their normal income. However, some parents put themselves into debt in order to assist their children, with 6 per cent using a credit card, 5 per cent an overdraft and 3 per cent a personal loan.

For many parents, the kids moving out provides the opportunity for a new phase in their lives, with varying results. A quarter (27 per cent) redecorated the house, a third either went on holiday (23 per cent) or travelled the world (6 per cent). One in six (17 per cent) moved house, one in twenty (6 per cent) took up a new hobby and a further 4 per cent got divorced.

Asked how they felt when their child left home, a third (31 per cent) were proud, one in 20 (6 per cent) were relieved and one in 50 (2 per cent) said they were ecstatic. However, one in ten (10 per cent) were left feeling distraught and a further 13 per cent reported feeling lonely as a result of their offspring flying the nest.

Nationwide’s head of savings, Tom Riley, comments: “The significant financial impact of having children is undisputed, but our research shows that parents go on financially supporting their children well into adulthood. Funding those first steps to independent living requires saving, but the earlier you start, the easier it could be to achieve an empty nest and a new lease of life for mum and dad!”