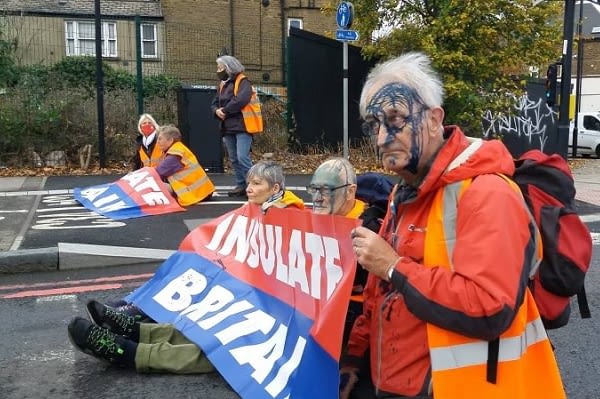 COP26: The government are ‘actively resisting the ludicrous calls from’ Insulate Britain and Extinction Rebellion

As COP26 climate summit starts in Scotland on Sunday the Business Secretary Kwasi Kwarteng has said the government are “actively resisting the ludicrous calls from” Insulate Britain and Extinction Rebellion (XR) as the government will never be in tune with the two groups doctrines.

The UK was in the the top 5 for being the most environmentally friendly countries in 2020 as the country has an Environmental Performance Index (EPI) of 81.3.

Writing in The Telegraph, Kwarteng wrote, “The innovative and entrepreneurial genius of British companies is already supporting this clean transition.”

He wrote about Insulate Britain and XR said they have chosen to promote their messages by illegally occupying spaces, instead of marching.

He wrote, “We are actively resisting the ludicrous calls from Extinction Rebellion and road-blocking Insulate Britain who think the answer is excessive state intervention and eye-watering intrusion into people’s lives.”

Insulate Britain have caused chaos for many people going about their daily business as they have repeatedly blocked the M25 and the M1 and M4.

The Business Secretary’s strategy is to promote a greener economy which will help British businesses to thrive through new opportunities.

Kwarteng wrote, “Let’s ensure the United Kingdom becomes a producer and exporter, rather than a customer and importer.

“The way to fix this problem isn’t through a planned economy, but through the British way: science, innovation and new technology powered on by private enterprise and the sheer beauty of capitalism.

“Recent volatile gas prices across the world have brought home even further the urgent need to end our dependency on fossil fuels, particularly foreign oil and gas,” he wrote.

“Relying on other countries for our energy supply is simply not sustainable and leaves the British people at the mercy of excessive global price fluctuations that are completely out of our control.”

“We want to ensure our own energy independence by generating nuclear, wind, hydrogen and solar in this country.

“We need to move to a home-grown, sovereign energy system where we can power our country through renewables generated in this country, rather than elsewhere.”