Home Business News Chris Darbyshire: What the Roman Empire tells us about investing in gold today 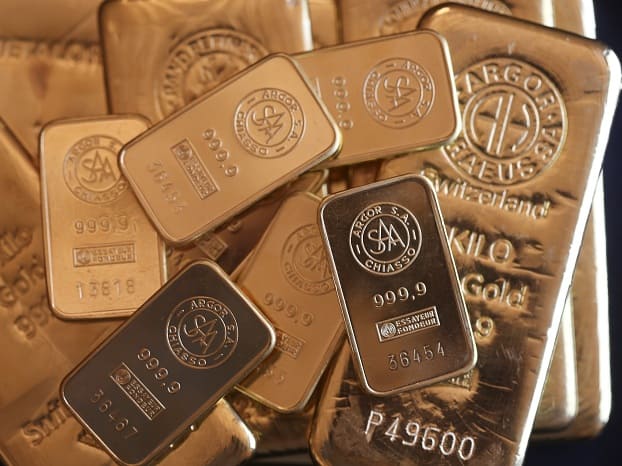 Chris Darbyshire: What the Roman Empire tells us about investing in gold today

“Gold-bugs” are still vocal, despite the mini-collapse in the gold price this year. We avoided the collapse, having reduced exposure to zero in most portfolios in March. Nevertheless it’s hard to ignore the gold-bugs, given the rate at which central banks around the world are still printing their own currencies to buy their own government‟s bonds. Surely this reckless behaviour is likely to end in hyperinflation of some kind?

The problems are, potentially, even more serious than hyperinflation. Many gold-bugs argue that devaluation of money threatens the breakdown of society itself. Consider the Roman Empire, where a series of Roman Emperors, starting with Nero in AD54, progressively diluted the gold and silver content of coins. After 250 years of this, the precious metal content was down to practically nothing (see chart). Ultimately Rome couldn’t afford to pay the legions in coinage and had to invite Germanic mercenaries into the empire in order to defend it. These primitive warriors turned out not to be the nicest of neighbours.

Similar parallels occur throughout the history of Western civilisation. The Byzantine gold “Bezant” lasted for 500 years before rapid debasement commenced in the 1030s. By 1071, when Constantinople’s armies suffered a calamitous defeat at the hands of the Turks, only 15% of the gold content remained. Debasement was actually the norm in the Middle Ages, particularly of silver: the merchants sold their goods for gold and paid wages in silver! Henry VIII’s thin layer of silver applied over a copper coin earned him the nickname “Old Coppernose”.

A more recent example of debasing was the end of the Bretton Woods system, which tied currencies to the US Dollar and the dollar to gold.

According to the conventional logic, history teaches us that humanity is fallible. Leaders seek the path of least resistance in paying their debts and, by eating into the value of their currency, eventually undermine their economies, societies and civilisations. This is exactly what gold-bugs fear is happening now through QE.

But there’s an alternative interpretation. Looking at the seemingly inevitable debasement of gold standards in any historical era, we could logically arrive at the conclusion that gold, not human nature, is the problem. It’s not the degeneracy of rulers that causes debasement – after all, one generation of rulers is likely to be as fallible as the next. Instead, the link to gold itself is toxic: it produces unbearable economic and social costs, forcing rulers to undermine that link despite the consequences for monetary soundness.

Why could this be? It’s not obvious that linking money supply to something that’s dug out of the ground is going to be successful. What happens to economic growth if your gold mines give out? Or if your economy grows faster than the rate gold can be dug out of the ground? Or if trading partners drain the gold from your own economy, believing it to be more sound than their own currencies? The answer in all these cases is “deflation”.

When more goods chase the same amount of gold, prices fall. Worse than that, gold tomorrow becomes worth more than gold today because it will buy even more goods. This encourages hoarding, which reduces the money available for transactions and, ultimately, hampers economic growth. From Nero onwards, debasers of the currency were actually trying to generate inflation to offset the pernicious effects of the gold standard. It wasn’t about fobbing off creditors – actually it was the more important business of managing society.

To put it in more modern terms, growth in one gold-standard economy results in less gold being available to circulate in other economies. Those economies then rebalance by finding a competitive advantage: opening up new export markets for example (and taking gold away from them!) or achieving efficiencies of production (discovering cheap natural resources, for example). In practice, however, the shrinking is usually accomplished by workers and creditors being paid less. As workers aren’t keen on lower living standards, and the average citizen isn‟t keen on revolution, society isn’t better off under the gold standard. Gold is a failure as a currency and inflation, via debasement, is the remedy.

Does that make gold a bad investment? Currencies only have value if people believe they have value. Gold is a shiny metal – it doesn’t have significant industrial uses. Its ability to resist inflation is dependent on shininess remaining a desirable quality. Paper money’s ability to hold its value is dependent on the faith of those using it. There’s not much to choose between them – both are sustained by belief. Gold is simply a fiat currency sustained by the human penchant for fashion, essentially the same system of logic that a magpie employs.

But surely gold’s scarcity value means it is a good investment in a crisis? Belief in the value of gold as a currency may initially become stronger as social and economic stress builds. But be careful: there is a point at which its value subsequently plunges and may even become negative. That’s why archaeologists occasionally dig up hordes of gold coins and jewellery: having once been an asset, those possessions must have become a liability to the owner, even threatening his or her life. If you want the real end-of-the-world trade, think “weapons”. How many people in ancient times buried their swords in a crisis?