Home Business NewsBusiness Can you make up an exciting story using only 10 words? 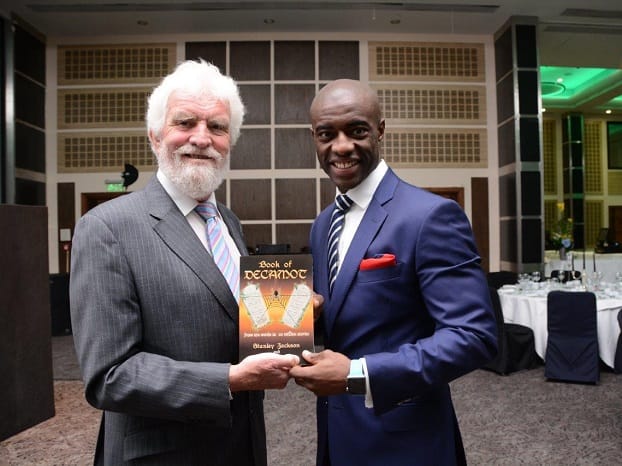 Can you make up an exciting story using only 10 words?

We chat with Stanley Jackson about Decamot, a game in which you create short stories using only 10 words

Believe it or not, playing board games are dying out.

According to a recent study by Opinium Research of 1,000 parents and 1,000 children, 73% parents remembered regularly playing board games as children. However, only 44% of the children polled said they play board games.

The research found that only a third of the children said they liked make-believe play compared with six in 10 of the parents.

This just goes to show that Britain needs new exciting games that kids can play.

Enter Decamot, a game in which contestants compete with each other to create short stories which must include 10 allocated words.

“Deca” implies a Greek root meaning “ten” and “mot” is obviously borrowed from the French for “word”.

The brainchild of Stanley Jackson, chairman of speaker agency Performing Artistes, Decamot promises to be a fun teaching aid in the educational establishment.

We caught up with Jackson to tell us more about the game:

Q. How did you come with the idea for Decamot?

The Jacksons have always enjoyed word games, charade, Scrabble and ‘home made’ family entertainment including quizzes. One year I suggested Decamot as an alternative to charades or scrabble.

Decamot is a word invented by the Jackson family circa 2000 to describe a game in which contestants compete with each other to create short stories which must include ten allocated words.

The rules of the game is simple, “take 10 unconnected words and make up a story which uses every single one of them”

How the game came about and morphed into a creative writing programme is described in “Book of Decamot” which has just been published in the US by Xlibris, part of Penguin Random House. It is such a simple idea but leads to so much more than simply writing short stories; it has an obvious application as a teaching aid in the educational establishment.

Q. How did you manage to get support for it?

I’ve managed to get support for it by just talking about the concept with people generally but especially those connected to creative arts,  who were immediately enthused at the potential.

Ahead of a formal UK launch of the book at the Education Show in March 2016, we have been testing Decamot in a number of state schools including Queen Katherine School in Kendal, Cumbria and Sir John Colfox Academy in Bridport Dorset. In January we start the first of a comprehensive four part Decamot project at St Bonaventure’s School in Forest Gate, East London where Tim Campbell is chairman of governors. Tim was the first winner of The Apprentice on TV.

My access to state schools has been possible because I am an enthusiastic supporter of Robert Peston’s Speakers for Schools charity which aims to put successful people into state schools to give lectures free of charge. To date I have completed some 18 presentations entitled “The Entrepreneurial Spirit” from which a number of schools were keen to trial Decamot for me.

John Humphrys, Miles Jupp and Tim Campbell MBE and are all supportive of the Decamot initiative and comedian Hugh Dennis is a strong supporter of Speakers for School.

Q. How can Decamot help education?

It is a very simple way of engaging young people in creative writing by harnessing their competitive yet collaborative instincts. Above all it encourages communication and helps to build self-confidence.

Q. What’s your ultimate vision for it?

To have Hollywood take a Decamot screenplay, turn it into a movie and for the originating school to have an Oscar nomination for best film or screenplay.

Number of female billionaires rockets. Here are the women at the top of the global rich list

Entreprenerd: How to go viral

Is banning Trump from the UK the most popular political cause ever? It looks that way

Entreprenerd: The problem with women in tech