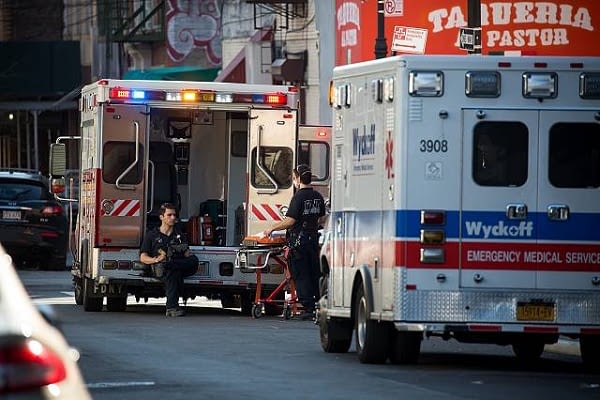 Bubonic plague hits the US as teenager dies from the disease

In the US state of Colorado a case of bubonic plague has been detected and claimed the life of a teenage boy.

This has prompted fears of an outbreak as the disease was found in a squirrel in the town of Morrison, Jefferson County.

Jefferson County Public Health (JCPH) warned, “Humans may be infected with plague through bites from infected fleas, by the cough from an infected animal or by direct contact [eg, through a bite] with blood or tissues of infected animals.

“Symptoms of plague may include sudden onset of high fever, chills, headache, nausea and extreme pain and swelling of lymph nodes, occurring within two to seven days after exposure.”

JCPH gave advice for pet owners, “Cats are highly susceptible to plague and may die if not treated promptly with antibiotics.

“Cats can contract plague from flea bites, a rodent scratch/bite or ingestion of a rodent.

“Dogs are not as susceptible to plague; however, they may pick up and carry plague-infected rodent fleas.

“Pet owners who suspect their pets are ill should consult a veterinarian.”

The health authority have told residents to stop feeding wild animals around their homes and are urging them to avoid all contact with sick or dead animals.

This comes as a 15-year old boy died from the plague after eating Marmots in Mongolia as the meat from the animal contained the deadly disease.

Local media reported that the 15-year old boy caught the bubonic plague developed a high fever after eating the Marmot with friends.

According to Inner Mongolia’s National Centre for Zoonotic Diseases (NCZD), the teenager lived in the Western Mongolian province of Govi-Altai.

World Health Organization (WHO) official, Margaret Harris told a UN press briefing in Geneva, “We are monitoring the outbreaks in China, we are watching that closely and in partnership with the Chinese authorities and Mongolian authorities.

She added, “At the moment we are not…considering it high-risk but we are watching it, monitoring it carefully.”