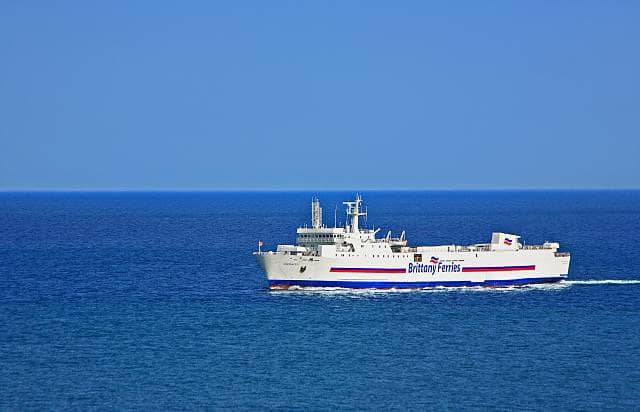 Despite there only being a delay to Brexit, a ferry company has started operating extra service as part of the no-deal Brexit contract, that cost British taxpayers £46.6m.

Brittany Ferries said it was to late to cancel the extra 20 additional weekly crossings, despite the EU withdrawal has only been postponed.

Chris Grayling’s controversial process has already seen the collapse of Seaborne Freight’s deal as the company had no ferries and again cost British tax payers £33m as Eurotunnel settled out of court with the government over the contracts.

The ferry contracts are aimed to secure goods such as medicines, vaccines, chemicals for the energy industry and infant milk formula.

“Fifty additional Brittany Ferries’ port staff have been hired on both sides of the Channel to deal with more frequent port calls. We have also spent the last three months training current on-board teams.

“The reality is that we were committed as soon as we signed the contract and preparations began to deliver the dedicated NHS shipment channel. There is no turning back at this late stage because all the preparatory work is now in place for March 29.”

A spokeswoman for the British government said, “Leaving with a deal is still our priority, but as a responsible Government it is only right that we push on with contingency measures.

“The Government’s freight capacity contracts run for six months and are a vital part of wider contingency planning. They provide capacity for critical goods, including vital medicines, to continue to enter the UK in a no-deal scenario.

“Due to the agreed extension until 12 April, tickets for the first two weeks have been released for sale on the open market, which will minimise costs for the taxpayer.”