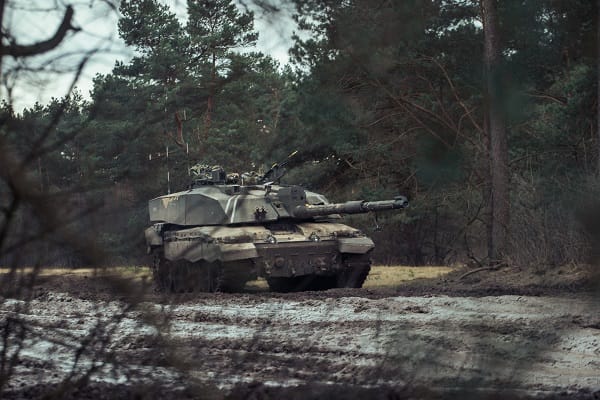 British military vehicles have been seen heading towards the Russian border in Estonia on Saturday to bolster NATO forces.

A video was filmed by a passer-by showing at least 7 tanks on the back of HGV transporter trucks.

One of the drivers said, “We’re following the tanks into battle.” Another replied, “Literally, this is heading for the Russian border isn’t it?”

Senior Conservative MPs are calling for more British military support in Ukraine as the war is entering it’s second week.

Conservative Party MP David Davis tweeted, “If we do not provide military support, more than 40 million Ukrainians will go from living in a democracy to living under a brutal dictatorship.

“It is far too late to get boots on the ground, but it is not too late to provide air support to the Ukrainian army, which may neutralise Putin’s overwhelming armoured superiority.”

The Ministry of Defence (Mod) have deployed many British troops to various parts of eastern Europe.

The Royal Marine Commando’s were deployed to Estonia along with Challenger main battle tanks to support NATO.

The Royal Navy are on standby in the North Sea which includes HMS Defender, HMS Grimbsy and HMS Northumberland, with HMS Diamond and HMS Echo in the Med.

There is a troop of Royal Marines on HMS Trent in the Mediterranean and the British aircraft carriers are currently docked in Portsmouth which are due to deploy to Norway later this month.