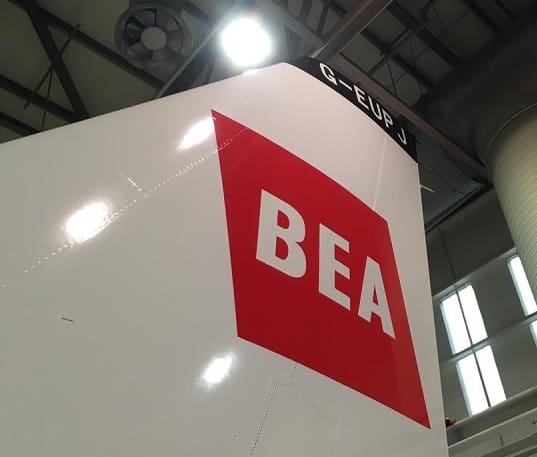 British Airways has unveiled the second design of their retro aircraft in a series of centenary celebrations.

On Monday morning an airbus A319 landed at London Heathrow, re painted in the retro British European Airways (BEA), which was only used on domestic and European flights, between 1959 and 1968.

The skies may be grey, but G-EUPJ is gleaming in her retro BEA livery. Thanks @IAC_Ltd for doing such a great job! #BA100 #BEA #BritishEuropeanAirways #Centenary pic.twitter.com/vonpDazG6N

In February a British Airways Boeing 747 jumbo jet, was repainted in the Overseas Airways Corporation.

We’re delighted to announce our next heritage aircraft! Catch G-BNLY when she returns to the 747 fleet next month in the stunning Landor livery. #BA100 #Landor #Centenary pic.twitter.com/NNhRwxIxLw

Alex Cruz, chief executive British Airways said, “It was another really special day as we welcomed our BEA-liveried A319 in to Heathrow this morning, which forms part of our centenary heritage fleet.

“Yet again there were huge crowds lining the perimeter fence to see the aircraft coming in, which shows just how excited people are about these designs.

“We’ve been overwhelmed with positive feedback from customers and colleagues.”