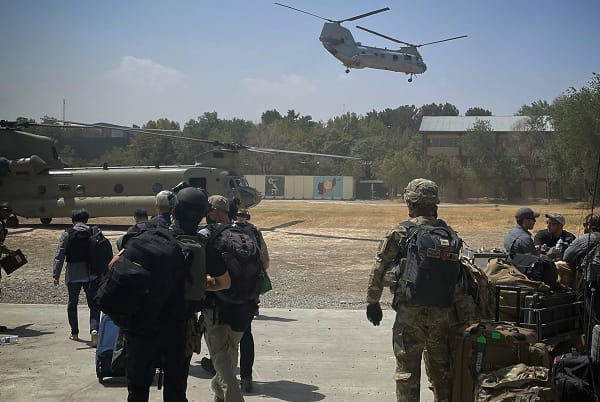 A Tory MP has called on the Prime Minister Boris Johnson to apologise to troops and the “bereaved families of service personnel” who died in Afghanistan.

Conservative MP John Baron has criticised the British government along with other politicians in saying the withdrawal out of Afghanistan was a “shambles.”

Baron said, “The fundamental error was allowing the initial limited and successful mission of expelling al Qaida from Afghanistan in 2001 to morph into the much wider mission of nation-building in the following years, which meant we had to take on the Taliban.

“This wider mission was born of ignorance, was unrealistic in its aims, poorly executed and thoroughly under-resourced, even the withdrawal is a shambles.

“Our intervention now brings its responsibilities. In addition to getting our nationals out safely, the international community must now stand by those fleeing the country in fear of their lives, including those who helped British forces.

“As a country, we need to do our bit to reach out and welcome the refugees and asylum-seekers. The priority now is to save lives.

“On behalf of previous governments, the Prime Minister should apologise to the bereaved families of service personnel, and to those personnel who are still paying the price for this folly.

“We also need to examine the lessons from yet another foolhardy intervention for example, while always maintaining our guard against terrorism, it has distracted us from the bigger threat of hostile nation states.”