Home Business News Boris Johnson to give a statement to the nation at 8:30pm 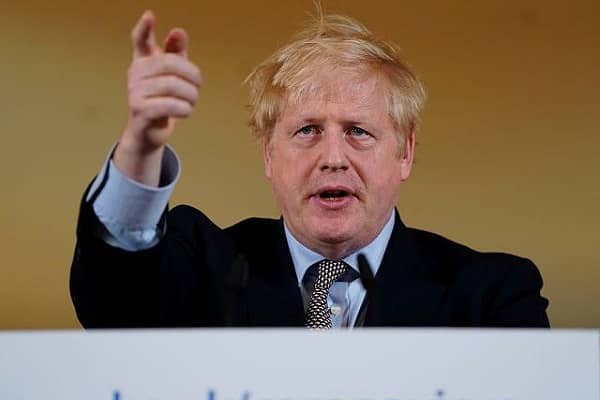 Boris Johnson to give a statement to the nation at 8:30pm

The British Prime Minister is to give a statement to the nation at 8:30pm on Monday evening in response to the coronavirus pandemic that is rapidly spreading through the UK.

It is thought that Boris Johnson will impose a curfew and travel bans. The UK currently has a higher death rate and infection than Italy or Spain had at the point in time we are in as of today’s date.

Sky’s chief political correspondent Jon Craig said, “This will be a television broadcast, we understand. Clearly for the Prime Minister to move from his daily briefings and news conferences to a televised address to the nation suggests there is a big announcement on the way.

“That big announcement is almost certainly to be those tougher measures that he was talking about yesterday. The phrase ‘lockdown’ has been used by some, it was not used by the Prime Minister yesterday.

“Some MPs have said they don’t like that phrase because it means different things in different places.

“What it almost certainly means is tougher restrictions on movement, possibly curfews, travel bans and so on. What it probably means is the UK will follow the sort of action that’s been taken in countries like France, Italy and Spain.

“During the Commons debate, MPs have pointed out that the number of deaths from the virus in the UK are now higher than they were in the countries like Spain and Italy when similar restrictions were introduced.”