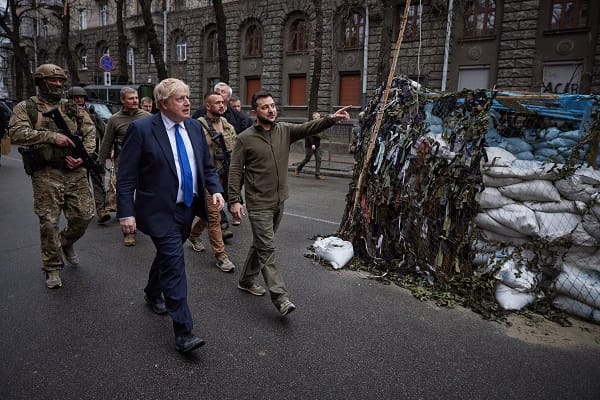 Officials are seriously considering to make Boris Johnson a special envoy to Ukraine as a diplomatic linchpin between Western allies when he leaves Downing Street.

This position will allow Johnson to remain on the world stage and build a closer relationship with President Volodymyr Zelensky.

This move was proposed by former government advisors which is being considered by senior officials, which would irritate Vladimir Putin should Johnson accept the role as a special envoy.

Professor Gwythian Prins who is an expert in military strategy and an adviser to the Chief of Defence Staff said the move would provide Johnson with “golden footbridge” once he steps down as Prime Minister.

A source told The Sun, There is an international need for Boris Johnson’s services.

“These are exceptional circumstances and an exceptional person is required to deal with them.”

Senior government officials believe the role would be ideal for Johnson because he has the knowledge and experience with all involved.

A Downing Street source said, “The PM has been laser focussed on ending this abhorrent war.

“He will continue to support Ukraine’s security, protect its sovereignty, deter any further aggression and return to its peaceful existence.”