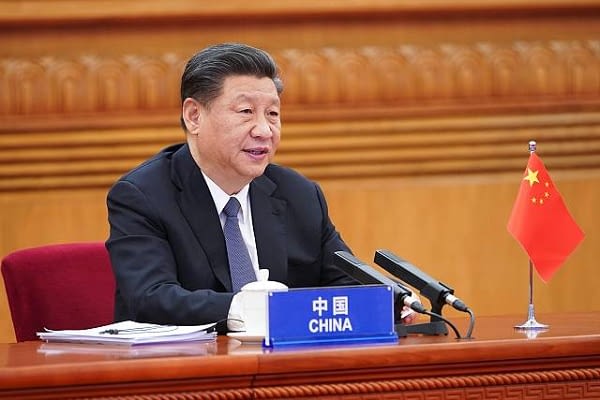 China’s Communist Party have taken over the narrative over coronavirus and are telling Chinese citizens a very different story as to how the pandemic started.

An expert on Chinese politics and history has highlighted how Beijing’s state media are blaming Europe over the economic damage and the global virus pandemic.

According to Professor Steve Tsang many conspiracy theories are circulating China which places the direct blame of the pandemic on Europe and the US.

The narrative in China is being dictated by the Chinese President Xi Jingping, deflecting blame away from the Wuhan Institute of Virology.

Professor Tsang told the Express, “Above everything else as a priority for the Communist Party is the party’s control over the narrative of Covid-19.

“Because of this, they have been able to control the narrative effectively, especially after Europe and the US have ended up handling the crisis very, very badly.

“They are using this very xenophobic, anti-foreign narrative in China which has essentially persuaded a lot of people in the country that coronavirus is not China’s failure.

“To show that the Communist Party has done better, China’s government is using conspiracy theories that the virus was started by the US Army or Italy, a lot of people in China believe this now.”

He added, “They believe that coronavirus came from outside of China and it is the Communist Party that saved them.

“Not every Chinese person will believe in this, but many will.

“Making the US Army the scapegoat is so clever, because the Chinese are anti-American but they also admire its army and think it is capable of anything.

“So, it isn’t difficult for Chinese people to believe that the US Army could have developed biological weapons.”

The Chinese Ambassador to the UK, Liu Xiaoming has hit out at British MPs over “attacking” China over the coronavirus pandemic.

The Chinese Ambassador said, “Such talks are a political virus.

“If they go unchecked, they’ll poison UK-China relations and even international solidarity.

“We must stay on high alert and say no to these remarks.”

Beijing have also accused Australia of copying the US in a conducting research independently from the World Health Organisation (WHO).