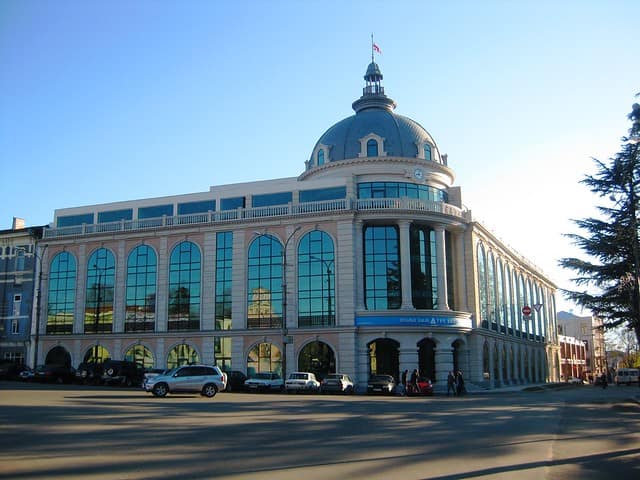 In July 2019, the founder of Georgia’s leading financial institution, the London-listed TBC bank, Mamuka Khazaradze, along his co-founder Badri Japaridze, had fraud charges brought against them by Georgian prosecutors. Concerns that the case is politically motivated have been fuelled by the fact that the prosecutors dredged up an 11-year old transaction in order to try and make a case against the two men. There are also suspicions that the charges came so after Mr Khazaradze announced a new political movement. The international investor community has been speaking up about the case, worried that the targeting of Mr Khazaradze indicates an alarming regression in Georgia, in terms of the country’s path towards democracy and rule of law.

Until recently Mr Khazaradze had not been a political figure, instead focusing on his contribution to Georgia’s growth and success through his work as a banker and developer. He has also been pioneering Georgia’s plans for the development of a deep-water port at Anaklia. However, an increasingly divided country, plus the police violence seen against peaceful Georgian protestors in June, proved a tipping point for him. He explained that a move into politics was now essential: “Events in our country are taking on alarming forms,” he said, “We are facing deliberate attempts to sow discord and divisiveness in our society. June 20 was a red line … If you are a citizen of this country, if your heart beats for it, you can’t just stand and watch all this from a distance.”  He has stated that he believes a new Georgian politics is required to build Western style democracy.

International observers note that very soon after his political announcement, he faced fraud charges. There is speculation that Mr Khazaradze’s planned entry into politics is what has caused the prosecutors’ attack on him.  Comparisons are being made between his movement and President Macron’s ‘En Marche’, which swept to power in France as a relative political newcomer.  Certainly Khazaradze’s movement is viewed as a potentially serious political player that will have both of the established parties, Georgian Dream (GD) and the United National Movement (NDM) feeling nervous.

Mr Khazaradze’s backing of the Anaklia port project is another likely reason his political move is being resisted. He has been a key player in the moves to develop Anaklia, which, if it happens will be a transformational transit hub between Asia and Europe. It has to be assumed that Russia will not be eager for this USA-backed port to be established on their doorstep, challenging their dominance of regional infrastructure. International investors based in Tbilisi say that they believe Georgian Dream party Chairman Bidzina Ivanishvili feels threatened by the Khazaradze’s role in the port project, fearing it will increase the TBC founder’s in stature and influence inside Georgia

The politically motivated attack on Khazaradze has not gone unnoticed by the international investor community. Fady Asly, the Chairman of the International Chamber of Commerce (ICC) Georgia, known as the ‘voice of business’, made clear what he felt was behind the charges: “The aim of the Prosecutor General in seizing Messrs. Khazaradze and Japaridze’s accounts in Georgia and [attempting to do the same] in the UK, is to cripple them financially so they would fail to complete the construction of the Port of Anaklia, but more importantly to stop them from creating their public movement that could seriously jeopardize Mr. Ivanishvili’s unlawful control over the state institutions.”

The UK embassy in Tbilisi released a statement regarding the case: “The UK is closely watching developments related to the criminal charges the Georgian Prosecutor’s Office has made against TBC co-founders Mamuka Khazaradze and Badri Japaridze, relating to allegations regarding transactions from some years ago. It is critical that the case is handled in an impartial and transparent manner. This is crucial for Georgia’s banking sector and its ability to attract foreign investment from a diverse range of sources, in support of Georgia’s inclusive economic growth.”

The US embassy joined the British in voicing their concerns: “We are closely following developments related to the criminal charges the Georgian Prosecutor General’s Office has filed against TBC Bank co-founders Mamuka Khazaradze and Badri Japaridze. We are concerned about the context and timing of these charges. An impartial and transparent legal system that is free of political influence is vital for Georgia’s Western integration and its ability to attract foreign investment. We continue to support the Anaklia port project, a significant source of U.S. investment in Georgia that has the potential to advance the country’s economic growth,” said a statement released by the American embassy.

One longstanding media correspondent based in the region said: “This situation is sad for Georgia. The damage that will be done to the country’s reputation as a destination for international investment by these trumped up charges will be dire. It would be shameful for Georgia’s potential to be squandered by a politicised attack on a business leader.”