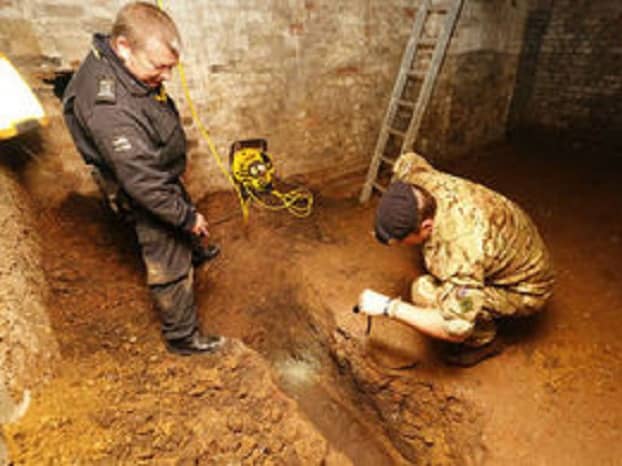 The police, army and London Fire Brigade are trying to defuse the bomb which is believed to have been dropped during German bombing raids in the early 1940s but did not detonate.

According to an Army spokeperson, the bomb has “lain undisturbed deep in the ground for 70 years”.

Yesterday, residents and businesses in the vicinity were told to “get out now” while roads around the area were cordoned off.

The Standard reports that those who were unable to find alternative accommodation for the night were provided with camp beds and blankets and pizza by Tower Hamlets council.

An Army spokesperson said: “We can confirm that a specialist military bomb disposal team from 11 EOD Regiment, Royal Logistics Corps are on site in Bethnal Green and are assisting the Police with the on-going incident involving a WWII German aircraft bomb that was discovered earlier today.

“As with previous incidents, it is important that people follow any advice given by the Police.”

Unbeerlievable! A new brewery is opening every other day

HS2 controversy: £7bn contracts out for tender, but project is yet to gain Royal Assent

Phishing: 3 ways to avoid getting harpooned

Would you pay £1,000 a month to rent this one-bed Hackney flat in a “converted shed”?

Vanishing act: What happened to all the nightclubs?