Home Business News ‘A lot of rich, powerful people’ could be ‘sweating’ as Ghislaine Maxwell could ‘sing like a canary’ for reduced sentence 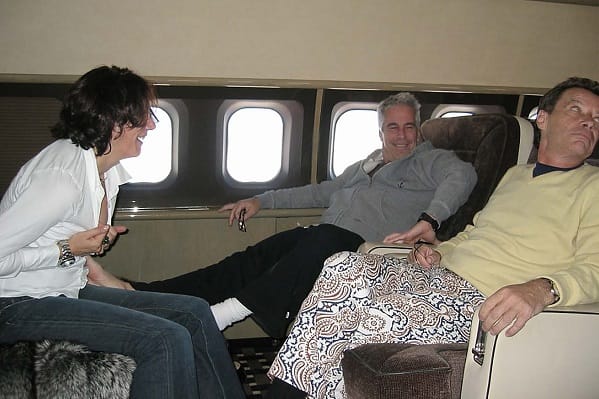 ‘A lot of rich, powerful people’ could be ‘sweating’ as Ghislaine Maxwell could ‘sing like a canary’ for reduced sentence

Ghislaine Maxwell has been found guilty of five out of six counts of sex trafficking of minors and she is facing a maximum sentence of 65-years behind bars.

Prince Andrew’s legal team are making an “unprecedented” call for all witness testimony’s to be kept secret as he is also being accused of sex abuse.

The Duke of York has been accused of sexually abusing trafficked minor Virginia Giuffre and is calling for his depositions to be kept under seal.

However Giuffre’s legal representatives have said that there is “no logic or authority for such a provision.”

Maxwell could now spend the maximum jail term of 65-years in a prison in the United States and she could now “sing like a canary” for a reduced jail term.

Attorney Linda Bloom, who represents several of Jeffrey Epstein’s victims, said the Maxwell verdict should cause alarm for Prince Andrew and his legal team.

She told DailyMail.com, that Prince Andrew “should be quaking in his boots.

“Because this shows that a jury is willing to come back with a guilty verdict even if the accusers are not perfect, as no human being is.”

Bloom said that Andrew has previously said he was closer to Maxwell than to Epstein, and added that the former’s conviction “just brings us one step closer to Prince Andrew.”

There has been much speculation that Maxwell could start finger wagging at those who were also involved her and Epstein’s world as she was seen talking to a producer from ABC News in the courtroom.

Piers Morgan wrote on Twitter, “Will vile sex trafficker Ghislaine Maxwell now sing like a canary to avoid spending the rest of her life in prison?

“If she does, there could be a lot of rich, powerful & famous people sweating tonight… and not sweating.”