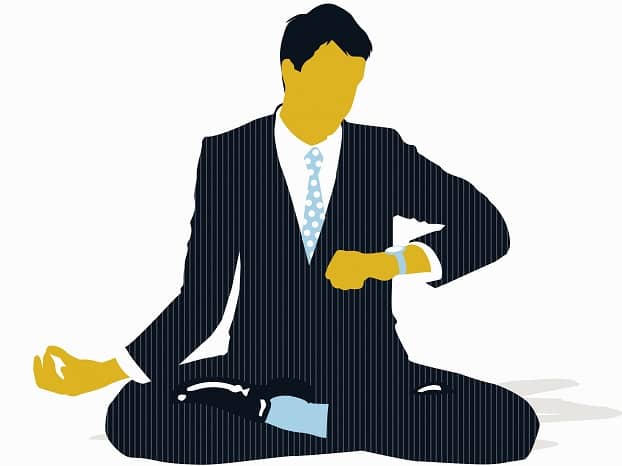 6 killer benefits of working from anywhere

Flexible working can contribute a whopping £90bn to the UK economy

This article is brought to you in partnership with Microsoft

Did you know – 14.1 million people in Britain want flexibility in their working hours or location? That means almost half of Britain’s working population wants to work flexibly.

But, according to research by jobs site Timewise, just 6.2% of advertised jobs both mentioned a degree of flexibility and offered a salary the full time equivalent of £20,000 or more.

But when half of Britain’s working population wants to work flexibly – why aren’t employers giving them the option? Gone are the days when you needed to be sat in an office to be productive.

Here are six killer stats that prove that working from anywhere, well, works

“Pleasure in the job puts perfection in the work,” said legendary philosopher ArisTotle. “What’s working from anywhere got to do with that”, you might ask?

Well, according to a study by Microsoft of 1,000 Britons, more than 80% of SME employees who requested flexible working from their employers said it made a positive difference to their working life.

While 31% said they noticed a “big, positive change” in their working life after requesting flexible working, one in three workers (33%) said that fewer distractions would help them be more productive.

We’ve all been there – chained to our desks, feeling unproductive and counting down the hours until 5pm. This often leads to guilty feelings that bother us, hours after we’ve switched off our computers and run out the doors.

Flexible working has an answer to this quandary.

According to a study by Centre for Economics and Business Research (Cebr),92% of Britons who are currently working would be able to manage their time more effectively, thus allowing them to devote extra time to work tasks, if they had the flexibility.

Did you know: the number of commuters spending more than two hours travelling to and from work has increased by 72% over the past 10 years?

According to a Trades Union Congress’ analysis, this number has increased from 1.7 million in 2004 to three million in 2014. Don’t even get us started on the rail/Tube fare price increases over the years.

According to the above-mentioned Cebr study, British employees could save a whopping £3.8bn and 533 million hours a year in commuting time.

Take the commute value of time into account and those savings rise to £7.1bn.

In total – flexible working can contribute £90bn to the UK economy.

Draw a roster of employer nightmares and losing a competent employee tops the list.

But a study by the Institute of Leadership and Management (ILM)that surveyed more than 1,000 organisations, found that in order to retain talented staff employers should put proper “structures in place for workers to feel valued in their roles”.

How can employers do this? By facilitating flexible working.

The study found that four out of five (82%) managers reported flexible working in their organisations led to improvements in retention of staff, productivity, and commitment.

5. Getting more work done and being more creative

About 70% (three-quarters) of UK office workers “get more done” if they work flexibly, and 38% say they are more creative when flexible, a report by Microsoft in 2013 found.

The report also found that 92% do not consider having more distractions as the largest obstacle to flexible working.

At the launch of the report, Dave Coplin, chief envisioning officer at Microsoft, said: “People don’t need to be shackled to their desks to be productive or to collaborate with their colleagues. Work should be a thing you do not a place you go.

“Flexible working is more about choosing a location that best suits your requirements to get the job done. This can mean working from a variety of locations during the day, be that on the move, a shared knowledge hub, a coffee shop, a remote office or at home if need be.”

According to research by the Institute of Leadership and Management (ILM) of over 1,000 organisations, 62% of managers said flexible working helped their organisation respond better to customer needs.

The study also found that 67% of managers fe
el flexible working reduces absenteeism in the workplace.

How can you make flexible work for your business?

To work flexibly, having all your documents, email accounts and programs accessible from one place, wherever you are, on any device, is key. How do you do that? Enter Office 365.

From Microsoft Word to OneDrive for Business to Skype for Business, Microsoft Office 365 offers a suite of products you can access from your laptop, desk or your mobile phone.  Why is this on a separate line?

This article is brought to you in partnership with Microsoft