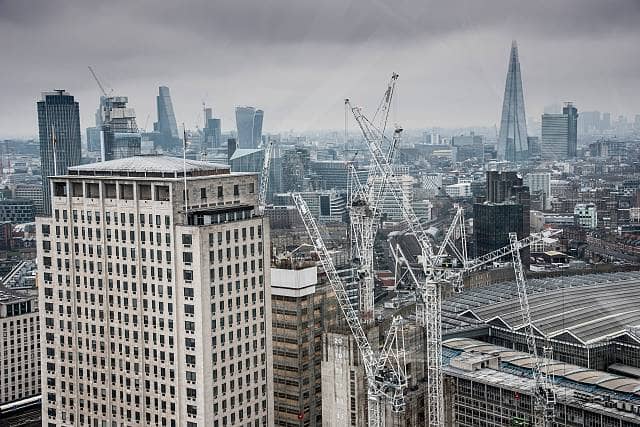 The UK Infrastructure Bank was launched quickly but it is not yet fully operational. The Bank will now need to manage a range of internal and external challenges if it is to achieve the government’s aims for it, according to a report by the National Audit Office (NAO).

HM Treasury launched the Bank in June 2021 to encourage private finance alongside public investment to achieve two strategic objectives – helping to tackle climate change, and supporting regional and local economic growth. It has been allocated £22 billion of public funds in the first five years of its life for equity investments, loans, and guarantees to support infrastructure projects. In setting up the Bank, HM Treasury applied lessons learned from the creation of other interventions such as the Green Investment Bank and the British Business Bank.

HM Treasury wanted to move quickly in setting up the Bank, in part due to the loss of the European Investment Bank infrastructure funding following the UK’s decision to leave the EU. The planning process for the Bank took only 10 months; 14 months shorter than for the Green Investment Bank and the British Business Bank. HM Treasury truncated some important elements of the usual process or deferred them until after launch. For example, HM Treasury produced one business case, (rather than the usual three), and it was still working on this after the Bank had launched. HM Treasury made the decision to launch the Bank with a number of aspects yet to be settled, such as detailed objectives and performance metrics, staffing and business processes. HM Treasury has taken steps to minimise risks to the taxpayer, such as investment limits.

Since the launch, the Bank has worked hard to build these structures and processes. Staff numbers have increased from six in June 2021 to 127 in April 2022, but the Bank is heavily reliant on interim, temporary and contract staff. A key element of the Bank’s governance needed to make it a fully operational organisation is the completion of the remaining Board committees. This will only be complete when the non-executive directors, whose appointments were announced in June 2022, take up their posts.

The Bank has now developed processes for encouraging, scrutinising and approving investments as well as a suite of governance and risk management approaches. The Bank currently relies heavily on some existing HM Treasury technology such as for financial management, though it has plans in place to develop its own technology solutions.

By the end of May 2022, the Bank had entered into five deals, all loans, amounting to £311.5 million. Some of the investments made to date are similar to loans other parts of government already make, and they are not representative of the full range of investment government hopes the Bank will deliver. For example, it has not yet made any equity investments or issued guarantees. The Bank has sought to proceed with deals at a pace it is comfortable with, while completing the development of its internal controls and processes, including research skills. It will be some time before these are in place to allow the Bank to make higher-risk equity investments. There are 44 potential future deals in the pipeline representing around £5 billion.

The Bank has not yet set a go-live date for one of its key functions to advise and support local authorities. HM Treasury said that this would be ‘phased in’. The Bank is still in the early stages of developing the function, with the Bank currently working through questions such as how it will allocate its support fairly across projects, where it can add value and how it will measure its performance.