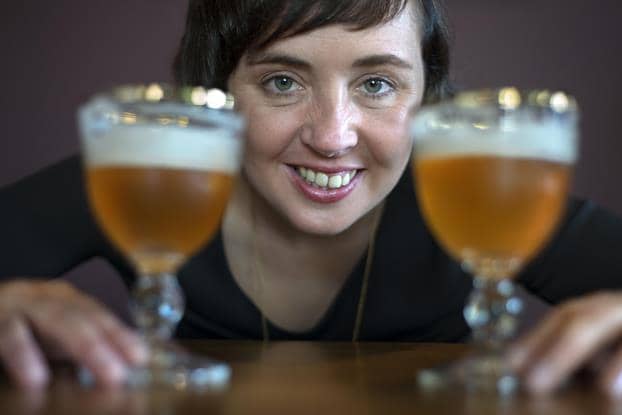 What now for the craft beer market

Nowadays, you’d have to have been living under a rock not to have heard of craft beer.

With brands springing up everywhere, could the once huge success story of the alcohol industry be dwindling, or, is it simply just reaching its summit?

What is craft beer?

Before we dive into the ins and outs of the world of craft beer, firstly let’s discuss what craft beer actually is.

Made in the same way as any other beer, through the combination of barley, hops, water and yeast, which are then brought together through the process of malting, mashing, boiling and fermenting, this is then tracked through items such as refractometers before finally being bottled, aged and sold.

But, while you may think that beer is just beer, craft beer is slightly different from the ones you’ve been buying for decades, despite being made in the same way. Simply put, craft beer is a beer that isn’t brewed by a major corporation or ‘mega-brewery’ that have been dominating the market for years and years.

In fact, it’s a beer that’s brewed by a much smaller, independent and traditional brewery. When you dive into it a little further, a brewery specialising in craft beer often produces less than six million barrels of beer each year and is at least 75% owned by the brewer itself.

It’s this small size when compared to major corporations that have given rise to the popularity of craft beer over the last decade, as people move towards supporting smaller or more local enterprises.

With this increase in popularity for supporting smaller businesses, the craft beer sector benefitted tremendously.

In fact, since the start of the decade, it became one of the biggest success stories in the world of business. Starting life as small sellers into national supermarkets, it’s no surprise to see half of the alcohol aisle now dedicated to specialist beers, whereas it would have once been the odd half shelf here and there. Even local pubs stock more niche beers these days, and huge chains such as Wetherspoons sell more of their fair share.

In 2015 alone, the market grew by a staggering 16%. In the years between 2012 and 2017, the craft beer market alone grew by a huge 23%. This is all the more remarkable when other trends in the beer industry are looked at, during the same years that craft beer rose, sales of beer in pubs dropped consistently, with the third quarter of 2017 seeing 35 million fewer pints pulled year-on-year.

And while the craft beer industry seems to have grown and grown, could it also be on the cusp of collapse?

The future of craft beer

It may not come as a surprise that like most industries, the craft beer industry may be past its glory years. Those years representing the ‘boom period’ where smaller, unknown beers made their move into a territory once dominated by a handful of names.

In the United States, the market actually slowed in 2017, only growing by 5% compared to the years previous. And, with many people now believing the market has become almost saturated and isn’t doing what it once did, almost selling out, this could spell a potential end, where the big dogs once again dominate.

That said, the market does look like it’s here to stay, with household name BrewDog Punk IPA, probably the most successful of the craft beer brands, reporting a 19.7% sales increase in 2019 alone.

Therefore it looks as though the market while slowing, is here to stay. But, just like the big names before, it appears that only a handful will dominate the craft beer market before the next decade is out.