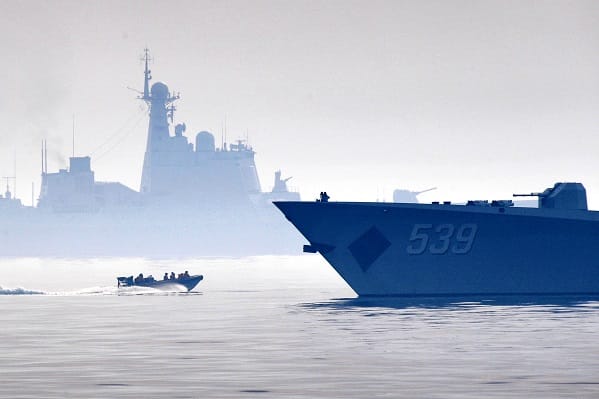 NATO could be considering to form a “United Nations Army” to send forces to the Ukraine to help get the grain out to feed the world.

The United Nations (UN) army could be sent to Ukraine to stop Vladimir Putin’s forces from stealing the grain which is a “realistic” option, Former army officer and chemical weapons expert Hamish de Breton-Gordon said.

Authorities in Odesa have reported that grain silos in the region and Snake Island have been hit by Russian rockets or missiles overnight.

An official in Odesa said, “Two rockets hit two agricultural hangars at night, which were destroyed.

“About 35 tonnes of grain were stored in one of them.

“According to preliminary data, there are no victims.

“And at dawn, during the aerial overflight and reconnaissance of Zmiinyi [Snake Island], the island was attacked by two air-launched missiles.

“The berth was significantly damaged.”

Speaking to Express.co.uk, De Bretton-Gordon said, “I think this is going to become a bigger issue.

“It might even be that NATO is considering it

“Now that the world knows that Russia is actually stealing that grain – grain that is destined for the poorest people in Africa and Asia.

“Russia was never on any moral high ground but it is sinking so low now that it is almost prepared to do anything to try and gain ground.”

Breton-Gordon warned, “It would certainly be seen by Putin’s forces as an escalation, absolutely.

“Which is why I think a United Nations army is the most realistic, and perhaps using troops from those countries who desperately need it in Africa and poorer countries in Asia.

“Certainly if we saw British troops, American troops on the ground, Putin would absolutely call foul.

“But if Putin attacked US troops then that absolutely would be, and things are so finely balanced that it’s a risk worth taking.

“If Putin did attack UN troops then there would be carte blanche for NATO to shovel the Russians out of Ukraine.”

He added, “I personally hear this from many silo owners in the occupied territory.

“This is outright robbery.

“And this is happening everywhere in occupied territory.”

The Russian army has also been deliberately burning wheat fields with incendiary shells to cause a global shortage.

In June Russian troops burned 50,000 tons of grain in Mariupol and Russia has also sent stolen grain on ships to other areas in the world.

Mykhailo Liubchenko, 72, who owns farms which grow wheat and sunflowers, said he paid off Russian soldiers with samogon [moonshine] so they wouldn’t burn his fields or steal his equipment.

“They were completely drunk,” he says. “They didn’t steal anything or destroy anything. The next day our Ukrainian forces pushed them back.”

Ukraine is the breadbasket of Europe and a major exporter of wheat, corn, sunflower and other food supplies.

Russian warships and sea mines are blocking the shipping lanes through the Black Sea and UN has warned the Putin’s blockade will worsen world hunger, which leaves Ukrainian farmers in the middle of a local and global crisis.