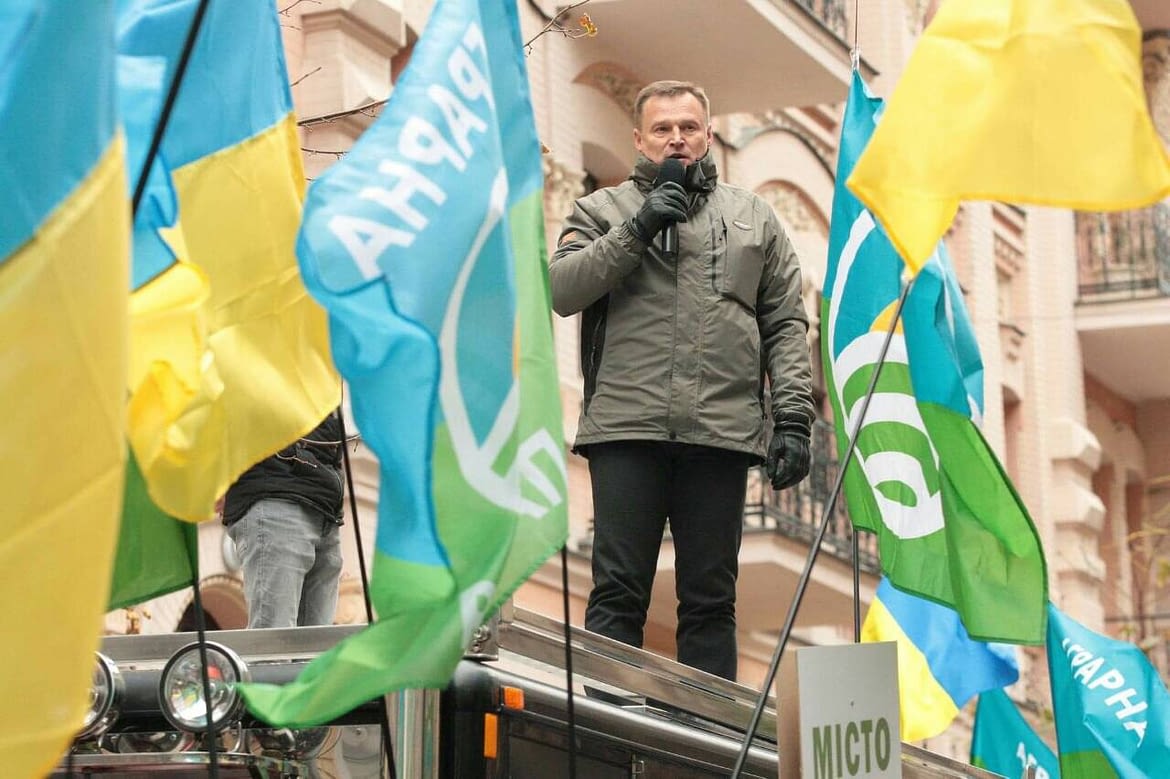 Vitaliy Skotsyk, the Ukrainian presidential candidate with close links to the UK

Ukraine will go to the polls on 31 March 2019, to elect a new president.  The race is crowded, with a record number of 44 hopefuls registered as candidates.  The stakes are high for the country, as the conflict with Russia, the future of relations with Nato and the EU and the country’s long struggle with corruption weigh heavily on the minds of the electorate.

The field of candidates contains all the colour we have grown to expect from a Ukrainian presidential race.  Along with the incumbent president Petro Poroshenko and the well-known Yulia Tymoshenko, the candidates also include Volodymyr Zelenskiy, a well-known actor who stars in a popular TV show in which he plays a school teacher who goes on to become President.  The latest season of his television show will air next month, perfectly timed for the elections.

Amidst the 44 candidates, one man stands out who is neither part of the usual Ukrainian personality cult politics and nor is he part of the prevailing power structure or bankrolled by oligarchs.   Vitaliy Skotsyk is an economist and a successful businessman with a great deal of experience in both the UK and Ukraine.  He is a newcomer to politics but over the last 4 years he has built up Ukraine’s Agrarian party with energetic approach reminiscent of France’s Emmanuel Macron.  That is where the comparisons end, as aside from the energy and commitment, Mr Skotsyk’s style is very different to that of the beleaguered French president.  Mr Skotsyk has toured Ukraine nine times, talking with and listening to voters, beginning this work years before Macron’s ‘Grand Debat’.  He has a passion for town hall meetings and his method of bringing people into politics for the first time is closer to Barack Obama.

Mr Skotsyk, who was born in the west of Ukraine and worked for several years in the UK, is very unusual in being a presidential candidate who wants to reduce presidential powers.   He explains: “We want to change the system of state management in Ukraine and want a new version of the Ukrainian constitution.  A new system is needed where the President and Prime Minister do not fight each other for power.”

The presidency should be based on the “German model,” with “a face on the international stage”. But the president would not run the economy and the Ukrainian parliament would be much smaller than the current 450 MP strong assembly, and would have two chambers – a senate (upper chamber) of 75 people and a lower chamber with 125 people. The upper chamber, under his plans, would be made up of four committees: international relations, economy, local government and science. Some members of the upper chamber (like science) would be appointed. The prime minister would be the leader of the party with most votes, running a coalition government if necessary.

“The structure in the Agrarian party involves two chambers and demonstrates quite well how such a system would operate.” Changes to the political system could come about either with a national referendum or a vote in parliament but Skotsyk insists: “We need these changes to put our state in order.”

Currently, Ukraine “inevitably sets itself up for president dictators” which can lead to “big problems” as with former president Viktor Yanukovych. “We want real democracy, including local democracy,” he explains.

He also has a clear vision for tackling corruption.  He commented: “I never once paid any bribes in my business or political life and I want to prove it is possible to build a proper democracy. We can see two paths right here in our own region. In Romania we see that they are jailing everyone but that corruption is far from ended. In Poland we see another possible path where they have pursued the idea of ‘zero declaration’.

“Essentially, the message is that if you declare everything you have right now you will not be penalized retrospectively.  Going forward you must obey all the rules.” He added: “The solidarity tax system we currently have here is not right – everyone pays the same percentage of tax regardless of income but those with more wealth should pay a higher percentage. We need to ensure that those earning very little such as our medical doctors, can be allowed to live reasonable lives.

“Obviously if there is a clear criminal case someone should be prosecuted. But we want a zero declaration situation where you are not penalised but live an honest life and pay taxes.” He said people keep in cash a  “huge” amount of money “under their mattresses” and outside Ukraine but “if people would bring that to our economy, we would not have to go to the IMF for money.”

At a time when a five year war with Russia and choices about the European Union and NATO loom large for Ukraine, the electorate’s decision on 31st March will be important. As Ukrainians make their selection from the 44 person ballot paper, all eyes will be on Kiev as this fascinating race unfolds.