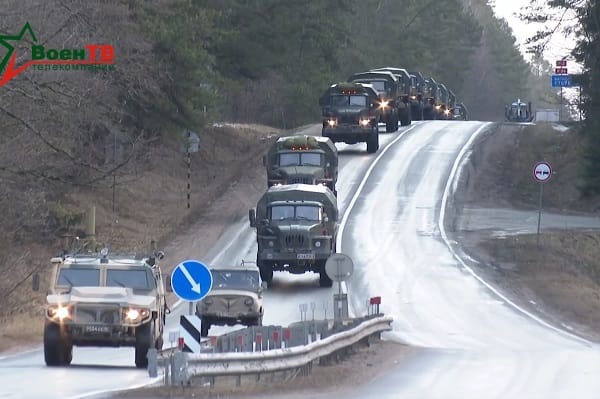 Very smart Ukrainian citizens have been told to tear down street signs in Kyiv to disorientate Russian troops and “help them go straight to hell,” and at least one bridge has been blown up to stop the Russian advance, Interfax-Ukraine reported.

The State Road Agency of Ukraine (Ukravtodor) has called on travel organisations as well as local governments and communities to tear down all road signs to disorientate the Russian troops.

Oliver Carroll, Moscow correspondent for the Independent, added the plan had even extended to blowing up bridges.

Reporting from Kyiv, he wrote on Twitter: “Ukraine has blown up bridge to the west of city to stop advance of Russian columns.”

He added, “leaving for relative safety in West has become a much more difficult proposition.”

The clever plot has also been stressed by the Ukrainian Ministry of Defence who aims to stop Russian progress across all Ukrainian cities.

“Ukravtodor stressed that the number one priority for such dismantling is signposts and names of settlements.

“The enemy has a miserable connection, they do not navigate the terrain. Let’s help them go straight to hell.”

On Twitter, the Ukrainian Ministry of Defence has made a similar call to action to “confuse and disorient the enemy.”

The MoD wrote, “In order to confuse and disorient the enemy who is illegally moving to Ukraine, we call: – to remove plaques with numbers and names of streets/cities/villages in their regions

“We will do everything possible to clear Ukraine of the Russian occupier as soon as possible!”

Central and Eastern European correspondent for the Guardian Shaun Walker said, “Road signs are being taken down by teams on the roads outside Kyiv – so as not to help any lost Russians.”

Multiple videos which have been posted on social media shows groups of Russian military troops out of fuel, food and stuck on highways and many are lost.