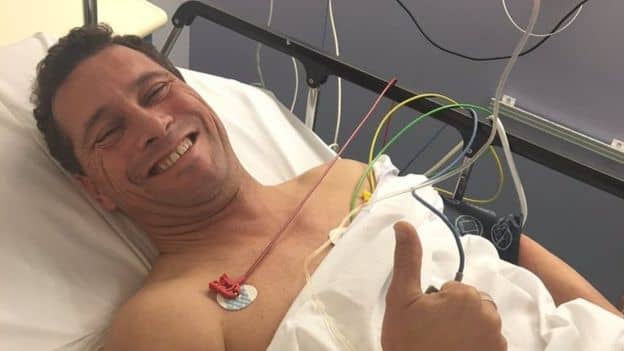 Woolfe had a brain scan yesterday

UKIP MEP Steven Woolfe, who wants to be the party’s next leader, will remain in hospital for 48 hours following a bust-up with colleagues in the European Parliament yesterday.

Nathan Gill, another MEP, said Woolfe is being kept under observation as a precaution.

The news comes as the party is set to probe the incident in the European Parliament building in Strasbourg, after which Woolfe collapsed and was hospitalised.

Woolfe had a brain scan yesterday to check for blood clots.

In a statement, Woolfe said: “The CT scan has shown that there is no blood clot in the brain. At the moment I am feeling brighter, happier, and smiling as ever.

“As a precaution, I am being kept in overnight awaiting secondary tests to make sure everything [is] fine.”

“It’s not very seemly behaviour, but I’m not… going to get involved in the blame game, name names and say who did what.”