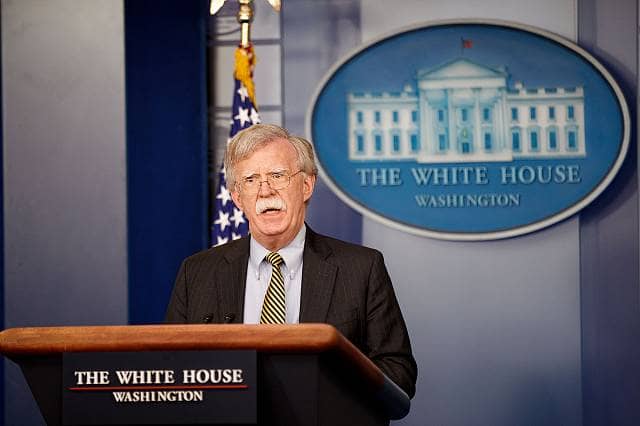 President Donald Trumps most senior aide, John Bolton has insisted after Brexit the UK will be “at the top of the queue” for a trade deal.

Bolton who is President Trumps national security advisor said the President is “eager for the will of the British people to be carried out, and he is even more eager to do a trade deal.”

The veteran politician attempted to assuage widely held concerns over a no-deal Brexit and the potential damage this could cause, he said Britain will be able to boost transatlantic trade.

Bolton told Sky News, “People who worry about the United Kingdom crashing out of the European Union, they are going to crash right into the United States.

“We are standing here waiting to make a trade deal with a UK independent of the EU.”

President Trump has said he predicts trade between the UK and US will increase “very substantially” once the UK leaves the EU.

Bolton said to Sky News, “This isn’t the Obama administration; Britain will be at the top of the queue for us.”

Earlier this month he said the government has negotiated “badly” but would like to see the “whole situation work out.”

“We are talking with them about trade and we can do a very big trade deal with the UK.”

However, critics have given stark warning over Washington, claiming the US could demand unfettered access to the UK for American farmers to trade to the UK, this cold potentially damage British producers.

Further warnings over food standard have been raised although this has been vociferously rejected by Woody Johnson, the US ambassador to the UK.

Market mood changes amid heavily selling in US