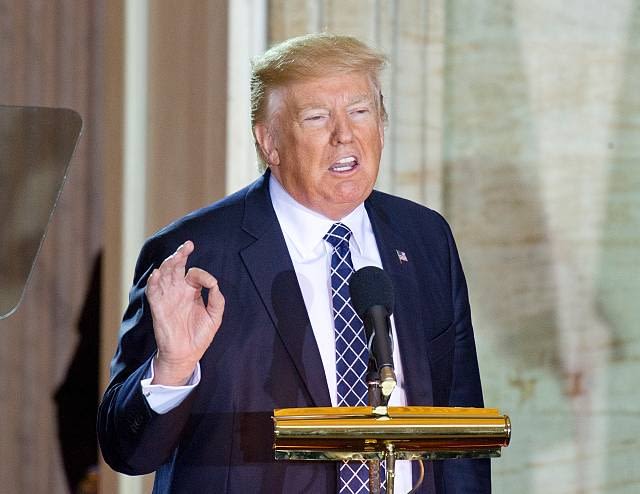 The news that the United States Postal Service (USPS) boss, Trump donor Louis DeJoy, has temporarily halted cutbacks to many USPS services that would have placed significant constraints on postal voting, may be too little too late, warns the UK-US courier delivery specialist ParcelHero.

It fears the cuts already implemented could be enough to scupper the expansion of postal voting in this year’s Presidential election and will have a knock-on effect on US mailings using traditional UK post office services.

‘Last night’s announcement that USPS Postmaster Louis DeJoy is pausing his cutbacks to vital USPS services came ahead of his scheduled appearance before a hostile Democrat-led House Committee next Monday. The changes, already well underway, included removing many mail boxes and automated sorting machines, banning overtime, cancelling delivery runs, closing down sorting centres and cutting post office opening hours. These cuts have led to a backlog of thousands of letters and parcels.

While the impact of some of these changes can be reduced, the reinstatement of hardware such as sorting machines is highly unlikely. Hundreds of these machines have reportedly already been removed and some already destroyed.

’Yesterday, DeJoy said: “To avoid even the appearance of any impact on election mail, I am suspending these initiatives until after the election is concluded.”  These initiatives would have had far more than just the mere appearance of an impact on the election, and the fact that this is only a pause, rather than a halt, to his dismantling of the USPS is still cause for serious concern.

There’s no doubt President Trump feared that vote by mail would favour Joe Biden’s Democrats. In April, he tweeted: “Republicans should fight very hard when it comes to state wide mail-in voting. Democrats are clamoring for it. Tremendous potential for voter fraud, and for whatever reason, doesn’t work out well for Republicans.”

Last week, Trump announced he was refusing to approve $25bn (£19bn) in emergency coronavirus funding for the postal service, specifically linking the bail-out with the issue of postal voting. He told Fox Business Network: “Now they need that money in order to make the post office work so it can take all of these millions and millions of ballots… Now, if we don’t make a deal, that means they don’t get the money. That means they can’t have universal mail-in voting, they just can’t have it.”

Until yesterday, DeJoy seemed happy with this agenda. DeJoy has reportedly donated more than $650,000 to the Trump Victory Fund and was in charge of fundraising for the 2020 Republican National Convention. He’s the first person to take the role who hasn’t come from within the postal service for over 20 years. Many US industry watchers believe DeJoy got the top job in order to push through privatisation proposals. Right at the start of his Presidency, Trump commissioned a report that claimed:  “A privatized Postal Service would have a substantially lower cost structure.”

With Covid-19 still locking down parts of the US, many states were planning the expansion of postal votes to reduce queues at polling stations, and some states had planned to hold universal mail voting, meaning that voters would automatically receive a postal ballot ahead of the election. It’s difficult to see how any major expansion in postal voting can now take place.

The USPS was already warning election officials in July that mail-in ballots will no longer be automatically moved as priority mail and that there may not be enough time for ballots to be requested, completed and returned before the 3 November Presidential election. The USPS said the deadlines “may be incongruous with the Postal Service’s delivery standards. This mismatch creates a risk that some ballots may not be returned by mail in time to be counted by your laws as we understand them.”

‘The changes have not ended criticism of DeJoy’s plans. House Speaker Nancy Pelosi says DeJoy’s U-turn is a “necessary but insufficient first step. This pause only halts a limited number of the Postmaster’s changes, does not reverse damage already done, and alone is not enough to ensure voters will not be disenfranchised by the President this fall.”

The halting of further cuts before the election is only a stay of execution. Trump’s antagonism towards the USPS isn’t based only on election fears. Amazon is one of the USPS’s largest customers and Trump’s ongoing feud with its founder, Jeff Bezos, has only increased his determination to privatise, or at least sell off parts of, the postal service.

Trump claims Amazon costs the USPS “massive amounts of money for being their Delivery Boy’”. The delivery boy reference alludes to the fact that Jeff Bezos also owns The Washington Post, a newspaper leading the criticism of Trump’s administration. ParcelHero’s assessment, however, is that the USPS makes more money on its parcel deliveries than any other sector. Our analysis is that delivering packages is good business for the USPS.

Parcels make up just 5 percent of the postal service’s volume but account for 30 percent of its revenue. The USPS is already beginning to lose out because of the feud. Amazon is now delivering over 50% of its own parcels; in 2018, the USPS delivered around 62% of all Amazon parcels.

DeJoy’s supporters might claim his apparent change of heart comes from his considerable experience in the parcels and logistics industry, where he spent over 35-years running New Breed Logistics, which provided support for the USPS. He says he is committed to ensuring the USPS can fulfil its public service mission while remaining self-sustaining.

However, this pause in reforms will only last until the election, following this the cuts will resume, and could result in significant changes to some UK-US parcel services. The USPS is already charging more for commercial parcel deliveries until Christmas. Economy mailings of up to 2kg to the US would be worst impacted by significant price increases at the USPS, as a number of companies use the USPS for final delivery on these services.

Apart from these light packet deliveries, it is likely to be traditional UK Post Office services that connect to USPS deliveries that will be most impacted by its potential break-up or by other changes, including ending deliveries on Saturday or to remote areas. International courier services should not be as significantly impacted.

£3.2bn of Christmas orders are now being returned, but some...

Retailers and couriers brace for a 17% surge in deliveries...

£3.9bn of online Christmas orders will be returned, but which...