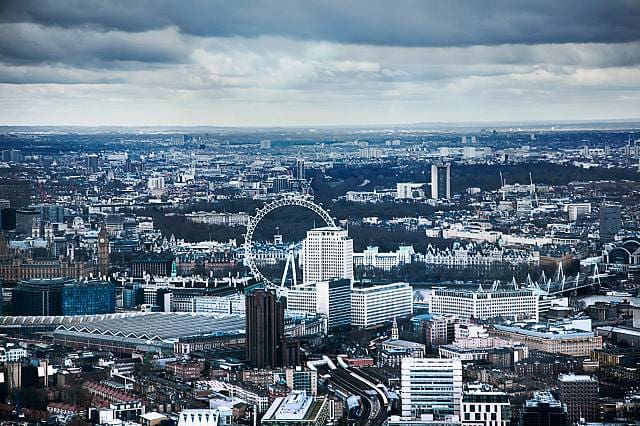 Three tech start-ups making a name for themselves in London

London is arguably the business capital of the world, despite concerns around Brexit and the economic impact it might have. England’s main city, for now, is still a hotbed of business activity and is expected to be that way well into the future.

One sign that business is still very much open in London is symbolised by the vast number of tech start-ups that have come to the fore in recent times. Technology is massive in today’s world, so it’s undoubtedly a worthwhile industry to tap into. The likes of esports, for example, is commanding huge audiences with a number of sides establishing themselves in London. Casino and gaming brands are booming too thanks to the emergence of mobile phone technology, where this version of Online Roulette and sports betting, amongst a whole host of other creations, are particularly popular. Throw in the abundance of e-commerce offerings and healthcare brands, and it’s a clear sign that things are still very much moving in London, and the rest of the world also. All this despite the economic uncertainty, too.

With a number of London’s tech start-ups making some real headway into their respective markets in recent times, we thought we’d highlight a few of them and essentially salute them for their excellent work so far.

Founded in 2011, Blippar was born after a joke made referring to the Queen coming out of the £20 note. Since that day, ideas were drawn up and, subsequently, Blippar was born. Blippar then went on to experiment with augmented reality, computer vision and deep learning. Augmented reality creations are booming, so Blippar also decided to jump on board. The company has earned itself a reputation as one that is not afraid to try new and exciting technologies, alongside unusual integrations to create unique, appealing solutions. The creation of theirs that really stands out has to be their AR building platform. Essentially, it allows you to create augmented reality. You don’t need to be tech-savvy to do so, either. Keep doing you, Blippar. You’re pretty damn unique.

Founded in 2013 after Kenneth Mulvany sold a biotech business, BenevolentAI is a healthcare start-up that enables the human mind to process the rapidly growing mass of information we are exposed to in the world that bit better. To achieve this, BenevolentAI looked at applying artificial intelligence, where the human brain was lacking. Also, they looked at how artificial intelligence can accelerate knowledge processing and the potential developments using this method around the likes of medicine and various other treatments. The development of medicines is vital for the world. Hence, the work they do is outstanding, especially with another product of theirs called BenevolentTech, which is a tool designed to help researchers make more discoveries. Again, it relies heavily on artificial intelligence. A company that aims to bring the capacities of computers and the abilities of the human brain together as one, BenevolentAI carry out some remarkable work.

Starship Technologies isn’t solely London based, but they made their name in England’s capital city. With offices in Estonia, the US and Germany, Starship Technologies and its twelve million user base have been thriving. The company is essentially a delivery service which uses robots. Their original goal was to create a new smart delivery system that was faster and more cost-efficient than the traditional ones. Since then, self-driven delivery robots have been born. The robots move at walking speed and can even navigate around various obstacles, with their journey being tracked via an app on a mobile phone. Pretty cool, right?