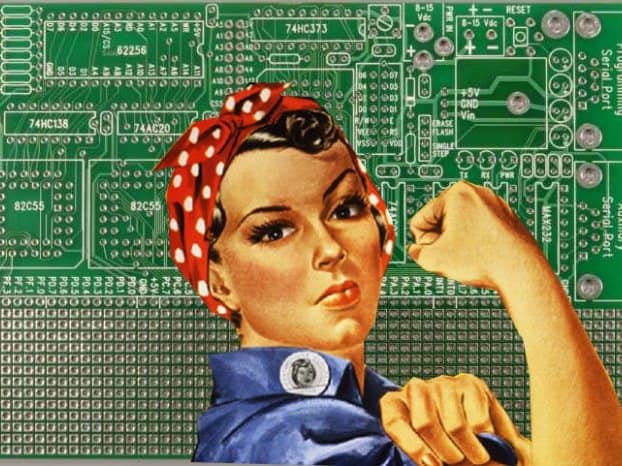 Hurrah! The UK’s biggest companies have made “enormous progress” in representation of women on their boards.

According to Department for Business, Innovation & Skills’ “Inspirational Women in Business” report, the UK’s target of 25% women on boards by 2015 is achievable.

Investment firm Old Mutual stood first in the ranking of the top 10 most improved FTSE 100 boards between 2010 and October 2014. Female representation on the company’s board has risen 38.5%.

“Seeing the enormous progress made by these 10 top FTSE 100 companies demonstrates that the UK’s voluntary, business-led approach is working. Our target of 25% women on boards by 2015 is in sight. However, the threat of EU mandatory targets remains a reality if we do not meet it.

“Businesses must not take their foot off the pedal during the final stretch – if we are to avoid action from Brussels we must continue to demonstrate that our voluntary approach is the right one and is working.

“I congratulate those FTSE chairs here today and those that have taken action to promote talented women, like those featured in our case study report published today. British businesses must keep up the momentum and alarm bells should be ringing in the ears of those FTSE chairs who are not yet doing their bit to improve gender diversity.”

Are we there yet? Here’s what the experts have had to say:

“The progress that the FTSE 100 has made over the past few years improving the number of women in their boardrooms has been admirable.

“However, if we want to maintain and develop our position as a global economic power, we need to make sure that the City and the firms based in the Square Mile are using the widest talent pool available to them.”

Lisa Buckingham of the Institute of Directors commented:

“We welcome the progress which has been made in boosting the number of women on company boards.

“The business-led, voluntary approach has succeeded in putting momentum behind the case for diversity, and the 25% target is in sight.

“Naturally, politicians would prefer quicker fixes but the reality is that broad, lasting cultural change does take time to bed in and this won’t always fit with an election cycle.

“Diverse teams perform better and those companies which have realised this are reaping the benefits. We must maintain the pressure on companies to improve the pipeline of female executive talent, while also recognising that diversity does not end with gender.”

Here’s everything you need to know about Facebook, in one jazzy super-chart

Look at Samsung Galaxy S6’s launch invite, suggesting that it “WILL” be curved