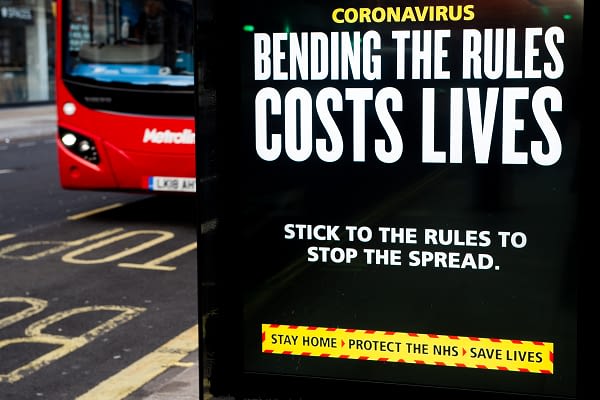 Professor Adam Finn, a member of the Joint Committee on Vaccination and Immunisation (JCVI) has warned that new restrictions cannot be ruled out in the UK as more needs to be learned about the new variant.

The World Health Organization (WHO) have called the new B.1.1.529 variant Omicron which is a “variant of concern” as it has the potential to evade immunity which has been built up by vaccination.

The Health Secretary Sajid Javid warned Omicron which was first identified in South Africa “may be more transmissible” than the Delta strain.

Professor Finn said, “We now need to wait and see just what kind of threat this new variant may pose.

“If we’re lucky, it won’t be a serious one, but it could be very serious.”

He added that he can not predict if Omicron will affect Christmas, “On the one hand, I don’t want to induce unnecessary anxiety in people, but on the other hand, I think we all need to be ready for the possibility of a change in the restrictions.

“There are a number of things going on now to understand this, to look for it, to trace it, to hopefully stamp it out if it is already here.”

Javid has not ruled out more restrictions over the coming weeks and said, “We’ve got plans in place, as people know, for the spread of this infection here in the UK and we have contingency plans – the so-called Plan B.”

David Nabarro, special envoy on Covid-19 for the WHO, told BBC News, “Really it is appropriate to be concerned about this, I tell you why.

“The virus looks like it will have greater capacity to evade the defences that we’ve all built up as a result of the vaccinations we’ve received since the beginning of this year, and that is a concern because that would then mean, it’s a bit like having to reset the dial and to go back and start dealing with a totally new pandemic all over again, we have to treat it as a new virus, so that’s the concern.”