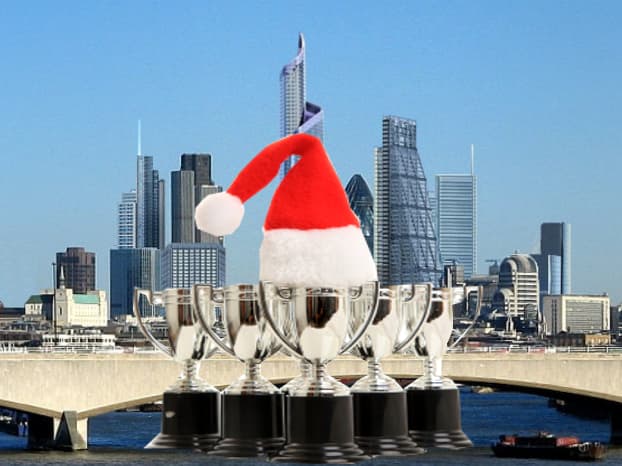 This year’s iceman title goes to James Murdoch. The ruthless younger son of Rupert, chairman of News International and deputy chief operating officer of News Corp is seen by many as cold hearted. But judging by his tumbling reputation he could well be on course for a post-Christmas meltdown.

Flourishing within our midst with continuous and colourful additions, “Silicon Roundabout” is our Christmas tree. The branches of our East London tech cluster are always being added to with something excitingly twinkly, and the scene is something to be very proud of.

Oh, and of course there’s that neighbourly rivalry. “Oi Silicon Valley – our tree is nicer than yours!”

Sprinkling magic dust all over the ailing high street, our Christmas fairy is Mary Portas. The Queen of Shops has not only brought our attention to critical issues on our high street, she’s launched her own label and visited No.10 with a 30-point rescue report to save our high street.

They’re landing all over the city, not staying for terribly long and no two are the same. Yes, it’s the ubiquitous pop-up. Pop-ups are the trend that has gripped the capital, from restaurants and clothing sales to lifestyle stores and cinemas.

He altered the way we use technology and showed the world that they didn’t have to choose between style and substance. Iconic Apple founder Steve Jobs passed away in October, leaving behind a global legacy of unstoppable brand power.

Judging by the international outpouring of tributes at the news of his death, many people still hold the innovator as an inspiration.

George Osborne has become something of a hate figure among many, after a crippling year of austerity measures. The year has been punctuated with strikes and protests culminating in what many have branded the “winter of discontent”.

But what happens in the end of A Christmas Carol? Will Osborne’s mater plan, which has managed to maintain the UK’s credit-worthiness, claw us out of the depths of national debt turn? Could it turn out to be a force for good?

Like clockwork this familiar friend arrives each year bringing cheer to the chilly masses. It’s the Christmas retail spike of course!

Having had one of the hardest years in memory, battered down by unseasonably warm weather and falling consumer confidence, this year’s retail spike came a little late. But by all accounts Christmas shoppers are now back out in force providing a much needed boost to retailers in the capital.

It’s the bad smell hanging over the country that we’d rather just forget about. Rioters in August left a bad taste in everybody’s mouths. As the reports continue to emerge, we’re seeing a darker, more unpleasant side to our society.

London property is the Christmas stocking that keeps giving. Foreign investors have been falling over themselves to pile all of their presents (cash) into London property as we have reported throughout the year.

Snuggled up inside this winter sock, investors cash is pretty cosy too.

Ripe for a good roasting, this year’s Christmas turkey is Olympus. The Japanese technology company hit the headlines two months ago when its new (then swiftly former) CEO blew the whistle on a huge accounting fraud.

This week saw authorities seizing documents from the company’s offices in Tokyo in a raid. Olympus has admitted it hid £968m of losses over the past decade. Ouch.