Home Business Insights & Advice The benefits of broadband in the UK 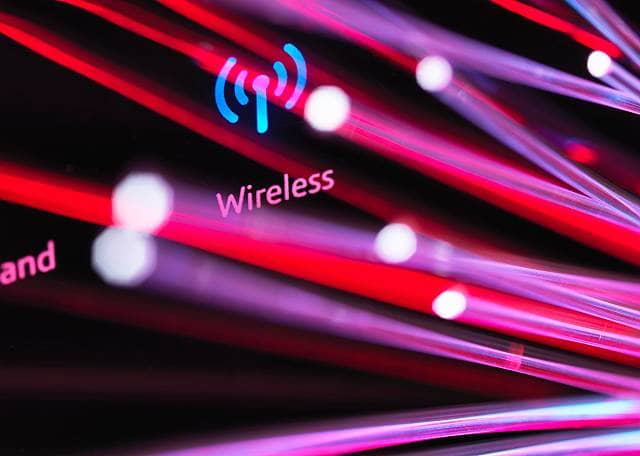 The benefits of broadband in the UK

Broadband is shaping the lives of many all over the globe, particularly in the United Kingdom. It helps boost the digital connectivity of all industries across the entire country. In this day and age, that is a great advantage to hold on to as almost everyone and everything has already gone digital. The word “connectivity” is now mostly related to Internet connectivity.

Broadband is an all-encompassing term used to refer to a high-speed Internet connection. With its kind of speed, users are able not just to send messages over the Internet, but also to download various forms of entertainment whatnots. In general, a Broadband connection can go as fast as 40 times more than the speed of a dial-up connection.

What is broadband and how does it work?

Broadband generally refers to a fast Internet connection. Before broadband came into being, the Internet connection was highly dependent on a dial-up connection. At that time, this seemed good enough, but telecommunications companies were looking for ways to improve Internet speed. While dial-up functioned well enough, it eventually became too slow. Then, it was tied up to phone lines in such a way that if someone called you, you’d lose the Internet. As a result, you always ended up choosing between the two.

Broadband, as you know it today, is the better and faster version of a dial-up connection. With this, you can be on the phone and surf the Internet at the same time.

Broadband can be transmitted in the following ways:

Nowadays, a gigantic number of personal and professional transactions in the United Kingdom are completed over the Internet. With broadband through providers such as QuoteGrab, enterprises no longer have to suffer the adverse effects of poor connectivity during peak business hours. With a broadband connection, productivity is improved for the very reason that the speed of the Internet isn’t tampered with even during times when online traffic is unimaginable.

Through a secure broadband connection, the UK has better connectivity to the rest of the world.

Today, conversations and transactions can be done in just a few clicks. Years back, a fax machine was necessary to send messages overseas. Even more primitively, one has to hunt for the number of anyone they wish to talk to through yellow pages before they could make a call.

Today, this is no longer the case. With the presence of smartphones and other devices, communication is pretty much straightforward. Overseas calls can now be made through the likes of Messenger or Viber, and without any surcharge. Emails and text messages are also shared faster. Basically, everyone stays connected for as long as a broadband connection exists.

Broadband Internet connection is also improving the healthcare system in the United Kingdom and other developed countries. One of the ways that it does so is through the process known as telemedicine.

Telemedicine is a product of the advancements in the Internet and telecommunications industry. This is a miracle for those who need healthcare benefits and services but are unable to avail of them quickly because they live far from major hospitals or they’re burdened by physical disabilities, making it hard for them to travel.

With a strong Internet connection, doctors can now be able to meet patients through video conferencing. If tests need to be done, the patient only has to travel to the nearest hospital that has the required machines for certain procedures. Then, the results are transported from that hospital to the doctor for evaluation and assessment. This cuts down the need for patients to travel far; when you’re sick, all that traveling only means added discomfort.

Here are other ways that telemedicine has proven to be beneficial across the UK and other countries worldwide:

With a fast broadband connection, online file-sharing can be done. You can easily attach files on emails and other connectivity services, such as Messenger, iMessage, Viber, and WhatsApp. This cuts down the need to have to send files physically through the mail and wait for it to be received.

With an online file-sharing system, tasks can be completed across the UK and the world in such a fast manner. Apart from that, more UK citizens can now work from home. This is a very positive change for people who badly need that opportunity, such as mothers and students working on the side. Completing jobs no longer have to be limited and confined to working in physical offices and face-to-face meetings.

Families across the UK, and the world, in general, work around a budget. During this age when everything seems to be so expensive, families are looking for the best ways for them to stay within the budget. One of these ways is through having a broadband connection.

Gone are the days when a broadband Internet connection is regarded as more expensive than dial-up ones. Today, having one can actually work out to be cheaper. Why is that? It enables you to pay for a fixed price. When you sign up for a broadband service, you get to choose the package that you want. Usually, this is dependent on the speed needed and the size of your home or office area. When you subscribe to this package, it’s often infrequent for you to get charged with add-on costs.

This is unlike dial-up, wherein you get charged for every time that you use the Internet. With broadband, even if you don’t turn off your Internet system at home, you’re still paying for the same fixed price for which you originally subscribed.

This cheap price also applies even when members of the household have to make overseas calls. When there’s a broadband Internet connection at home, calls can be made over VoIP technologies, which include video calls or through apps such as Messenger, Skype, and Viber.

With a dial-up connection, it’s close to impossible to have a 24/7 connection. When phone lines get busy, it’s very hard for the Internet to go through. This means that when a call has to be made over the phone, the Internet connection is put on a temporary hold. Then, the user has to wait for a few more minutes before the connection returns to normal.

A broadband connection addresses such a concern. Making calls and surfing the Internet can be done simultaneously. For as long as the connection is plugged in, you’re promised access to a 24/7 connection.

Media-rich websites refer to those that have a lot of images and videos to show. Years back, a dial-up connection isn’t very efficient at loading heavy media files. All it could handle was heavy text. Today, Internet users across the UK and the world can even enjoy streaming hours-long movies for as long as a broadband connection exists.

Broadband has leveled up the entertainment capacity of individuals. Some homes no longer even have televisions simply because they can do almost everything over their phones and other handheld devices. Travel and commute are better, too, as people are now kept busier and more entertained than usual. Killing time has never been more enjoyable.

Technology is a wonderful gift, especially for those who choose to use it wisely. As technology continues to flourish, so is the usage of the Internet as well. Today, many use  broadband Internet to obtain an education and have a job.

Also, some people are incapacitated by certain circumstances that hinder them from physically going to offices or universities. Some may be suffering from physical difficulties, while others may have family members they need to take care of, such as young kids, for instance. In these situations, the family’s budget may suffer if only one parent gets to work.

Today, through the broadband Internet, many more people in the UK are able to get employed and educated online, a welcome recourse for those who really need to earn money and for those who want to fulfill  their academic dreams.

From the comforts of their own homes, people could already enrol to courses they’ve been wishing to take and attend classes in between chores or any other times that feel most convenient to them. Also, skilled individuals could as well put their expertise into good use simply by going online to look for clients, who are more than willing to hire them for remote or home-based jobs. Through the help of a broadband connection, they’re able to secure the future of their respective families.

Broadband connection answers almost every concern of families and businesses around the United Kingdom. It’s not anymore just a want, but a need they can’t live without. Connectivity is very important for industries to continue to expand, and for families, especially with members scattered all around the globe, to be much closer to each other.