Home London News “Terrorist” shot at the Louvre in Paris 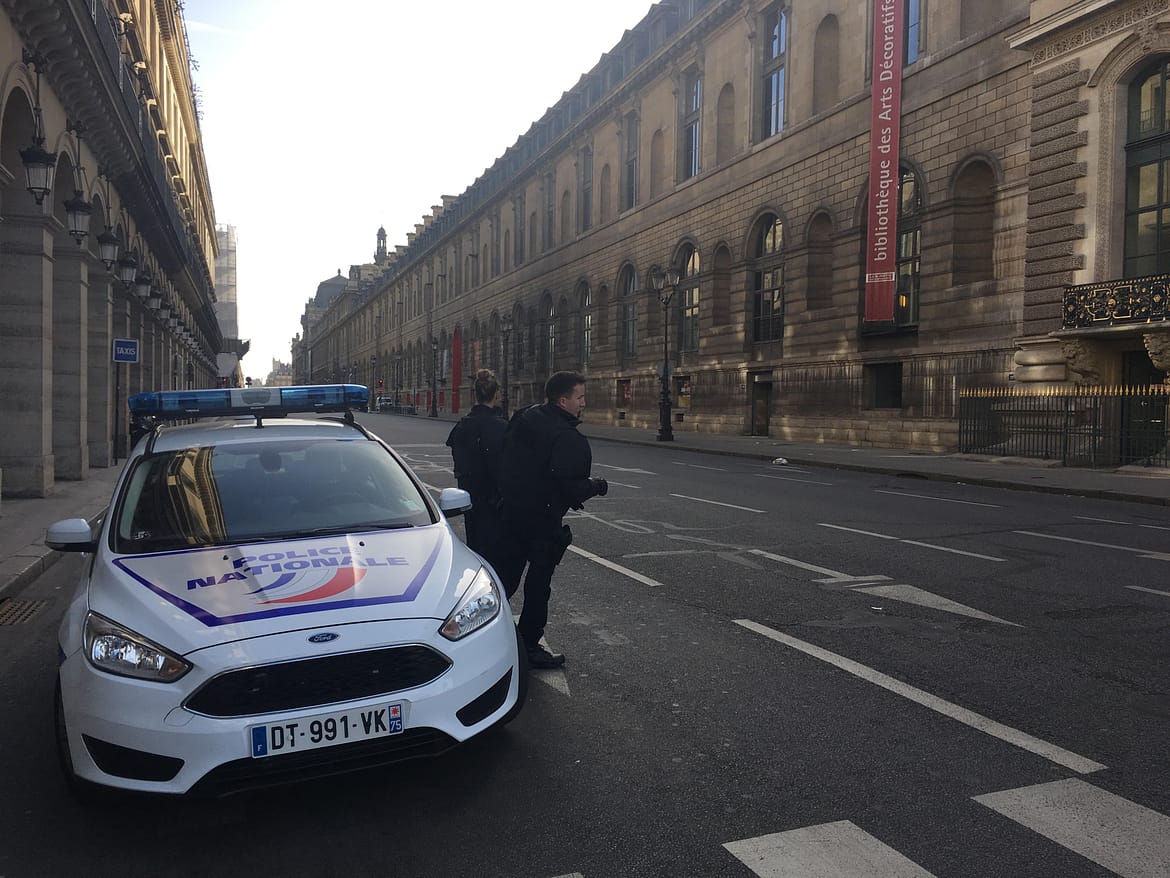 “Terrorist” shot at the Louvre in Paris

A French soldier on guard at the Louvre in Paris opened fire at a man who was brandishing a machete and carrying two backpacks.

Paris police chief Michel Cadot said the attacker shouted “Allahu akbar (God is greatest)” as he went for the soldier who was in the Carrousel du Louvre area of the popular attraction.

The soldier fired five separate times at the man, hitting the man in the legs and abdomen leaving him seriously injured.

The attacker became angry when he was told he could not enter with his bags, a total of two machetes were found at the scene.

Cadot said: “We are dealing with an attack from an individual who was clearly aggressive and represented a direct threat, and whose comments lead us to believe that he wished to carry out a terrorist incident.”

PM Bernard Cazeneuve said the attack was “terrorist in nature”.

A spokesman for the French interior ministry said the identity of the attacker is currently unknown.

There were around 250 visitors at the Louvre when the incident happened, they were locked inside until their identities had been checked.

The soldier who fired the shots was part of Operation Sentinelle, this is the deployment of the French military on streets after the terror attacks in 2015 and 2016.

Another soldier on the scene suffered a slight head injury during the incident, the attack took place in a shopping area that leads to the museum.