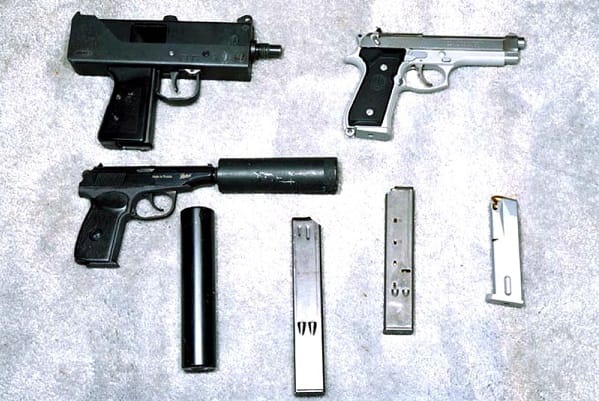 Sir Keir Starmer has called for tighter gun laws following a drive by shooting in his constituency over the weekend.

The Labour leader received an intelligence briefing by the Metropolitan Police where two children and four women were injured at a memorial service in Euston, central London.

On Saturday there was a shotgun attack on mourners at a memorial service at St Aloysius Church in Euston and a seven-year-old girl is in a serious but stable condition.

Sir Keir, a former director of public prosecutions, told LBC Radio, “We’ve had these incidents from time to time with guns.

“And every time there is, there’s evidence, which I am concerned about, that people have access to guns that they shouldn’t have access to.

“But other people, where better checks should be taken over circulation of guns…

“So I think that we need to look again as to whether those laws are strong enough, that may or may not help this particular case.”

The Metropolitan Police have arrested a 22-year-old man “on suspicion of attempted murder” and he is now in custody.

The Met Police said in a statement, “Police were called at 13:29hrs on Saturday, 14 January to reports of a shooting in Phoenix Road, NW1.
“Officers responded with medics from the London Ambulance Service and London’s Air Ambulance.

“Three women – aged 48, 54 and 41 – were taken to a central London hospital where their injuries were assessed as non-life threatening. The 48-year-old has potentially life changing injuries.

“A 21-year-old woman was also taken to a central London hospital and her condition has been assessed as non life-threatening.

“At 14:05hrs, police were informed that a seven-year-old girl had been taken to a central London hospital with injuries sustained in the same incident. She remains in hospital in a serious but stable condition.

“Anyone who witnessed the incident or who has information about what took place should call 101, giving the reference 3357/14JAN.”

Information can also be provided to Crimestoppers, anonymously, on 0800 555 111.