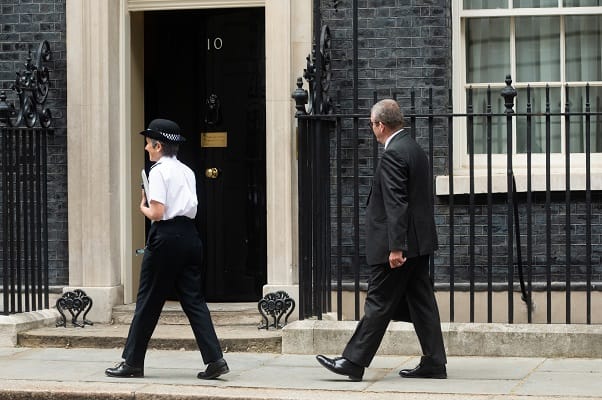 The former Metropolitan Police commissioner Dame Cressida Dick has been accused of downplaying the murder and rape of Sarah Everard after she was “literally” kidnapped by a corrupt serving Met cop Wayne Couzens.

Nimco Ali, a campaigner and survivor of female genital mutilation (FGM), who was also a government advisor, claims that during a high level meeting with the Prime Minister Boris Johnson and other senior Ministers, Dick complained that the government’s response to the murder of 33-year old Everard was “over the top.”

The meeting took place after March 2021 and Ms Ali claims that Dick had told the then Prime Minister that “This has been blown out of proportion.”

Johnson and the then Justice Secretary Robert Buckland were taking the murder of Everard “seriously.”

It was alleged that Johnson had told Dick, “A woman has literally just been lifted off the street. It doesn’t matter if it doesn’t happen every day, it’s happened.”

Ms Ali said, “I will never forgive Cressida for that flippancy.

“For her it was all about her officers. I don’t think at any point she ever gave a shit about women.”

However, telling the Sunday Times Dick said, “I did not make those comments and it is not language I would ever use.

“I entirely supported every effort the Government was making at that time, giving advice and taking action in the Met.

“Throughout my service I sought to reduce violence against women and girls.”

But the Sunday Times had spoken to a “number of Ministers who were present” during the meeting in 2021 and they did deny the “substance” of Ms Ali’s claim.

In February Dick resigned as the Met chief as there was a strong backlash over how the Metropolitan Police handled the shocking murder and rape of Everard along with the widespread misogyny in the force.