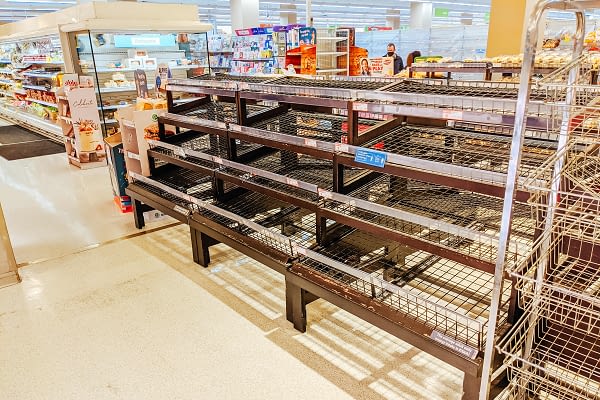 The Confederation of Paper Industries has warned that due to spiralling energy costs food packaging and sterile medical packaging are being impacted.

Some manufacturers are reducing production to protect profits as there is no cap on business energy costs, meaning consumers will see some items “go up through the roof.”

He is calling for a “temporary winter cost containment measure to try and put a lid on those costs so that these very, very important industries for British society are going to be able to continue to operate.”

Toilet paper, toys, clothes and chocolate could all be in short supply in the coming months due to staff shortages and the global supply chain crisis.

On Thursday Walkers Shortbread in Scotland warned they are facing serious problems due to shortages of staff which is the worst time for the company in 120-years.

She told the BBC, “As the high pricing extends, more members are likely to be forced to stop production due to uneconomical energy costs.

“In the event of national supply shortfall, our members are near the front of the queue to be forced off the gas network while households are last, and this can happen at very short notice.

“A forced quick shutdown runs a very high risk of severe damage to brick kilns, which can be 100 metres long, operating over 1,000C, and that can threaten business viability.”