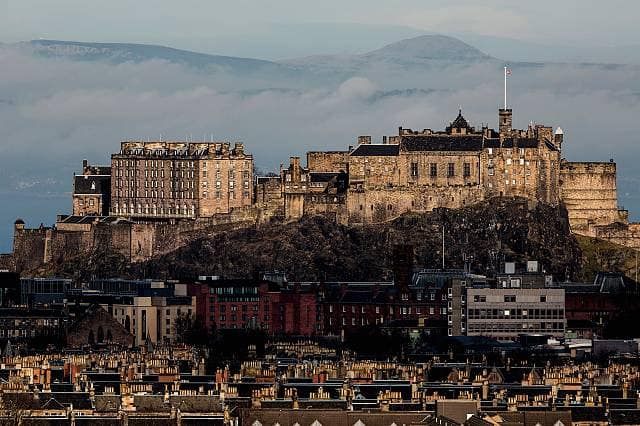 One of Scotland’s leading providers of financial help, Scottishtrustdeed.co.uk, recently compiled a report on Scotland’s top insolvency hotspots from 2018. Below outlines a in depth overview of the results and the full report can be viewed here.

Glasgow and Edinburgh may have some of the highest numbers of insolvencies in terms of pure numbers, but it’s people living in rural communities, ‘fringe’ areas and Dundee who face the biggest risk of bankruptcy.

The Accountant in Bankruptcy’s (AiB) latest report shows that a total of 4,644 people were declared bankrupt in the period 2017/18, representing an increase of 1.8% on the previous year. The report also reveals that 73% of bankruptcy applications in Scotland were made by the individuals rather than creditors with just four applications made by trust deed petitions which occur when an individual has breached the terms of a Scottish Trust Deed.

On the face of it, the AiB’s figures don’t hold many surprises. Of the five areas with the highest numbers of bankruptcies, three are major cities: Glasgow, Edinburgh and Dundee; which makes sense as these three cities account for more people than the rest of the top 10 most insolvent areas combined.

However, that’s not the whole story – dig a little deeper, and all is not as it first appears. To begin with, if population and insolvency went hand in glove, then surely Glasgow with its population of over 100,000 more than its nearest rival (Edinburgh) would be first. Aberdeen, Scotland’s third most populous city, would surely feature somewhere in the top five. however, in reality, it barely makes the top 10.

Sandwiched between Edinburgh, Dundee, Stirling and Perth, virtually everyone in the Fife region is within an hour’s drive of a major conurbation. According to the Fife Economy Partnership’s latest data, the employment rate, although falling slightly, is considerably more buoyant than the Scottish and UK average. So why does Fife, in pure numeric terms, have such a high level of insolvency?

Strong and steady? Not quite

Earlier this year, Scottish Business Minister Jamie Hepburn told The Scotsman, “The ongoing uncertainty around EU exit, alongside the challenges of the roll out of Universal Credit, bear much of the blame [for Fife’s insolvency issues].”

This, however, seems unlikely as insolvency isn’t a new issue. Back in 2011, a time before either Brexit or Universal Credit, The Herald reported that Kirkcaldy, Dunfermline and Glenrothes held three of the four top spots as the most insolvent towns in Britain. Perhaps even more alarmingly, the actual insolvency rates had improved considerably from the year before, when Glenrothes rate was 29% higher.

When you look at percentages compared with populations, the latest AiB figures show that, despite the high numbers, insolvencies in Fife are merely mid-table.

An insolvency map of Scotland

The above table tells a story in three parts. The first is about the Fifes, West Dumbartonshires and West Lothians. These and other areas on the fringes of major cities seem to be victims of geography, with buoyant economies when you factor in the earnings of those who live in the area but don’t work in it. Yet, if you strip out the wages of those commuting to Glasgow, Edinburgh, Aberdeen etc, the picture is far less secure, as this report into Fife’s economy demonstrates.

The second part of the story is rural Scotland. North Ayrshire, Angus, Moray and Highland all have insolvency rates almost twice those of Edinburgh, highlighting the economic inequality between urban and rural. In 2018, the Scottish Government’s report ‘Understanding the Scottish rural economy’ noted the close integration between urban and rural economies, but also noted that there remain “distinct differences, often related to distance and scarcity.”

But perhaps the biggest surprise is the story of Scotland’s dominant cities. In terms of individual applications, Glasgow, Edinburgh and Aberdeen all feature in the top five. Proportionally, however, Aberdeen only squeaks into 10th place. Glasgow is 22nd and Edinburgh 24th (out of 32). But Dundee is first.

You are more than four times as likely to be insolvent if you live in Dundee than you are in Inverclyde. Those claiming Universal Credit and Job Seekers Allowance in Dundee remain well above the Scottish average, but the figures are falling and, slowly yet crucially, starting to catch up with the rest of the country with more rapid improvement set to follow.

The V&A’s new museum on Dundee’s waterfront has proved controversial with many pointing to areas of multiple deprivation in the city. These people suggest that there are better ways of investing £70 million – and yet, as David Martin, Chief Executive of Dundee City Council told the FT, the benefits stretch beyond Dundee’s art lovers. “There are 14 sites around here with commercial interest in them. Ten years ago we were struggling to get anyone interested in anything that didn’t involve the council underwriting the risk,” he said.

Dundee may be Scotland’s insolvency hotspot today, but don’t expect that position to stay static.

Bankruptcy (or sequestration) is sometimes the only realistic option for Scots struggling with debt, but for far more people, there are alternatives.

David Baddeley from Scottishtrustdeed.co.uk said, “Bankruptcy can feel like the nuclear option, and alternatives such as a protected trust deed can help individuals out of debt with fewer restrictions, and often with far less stigma, than sequestration.”

The AiB report shows that the number of protected trust deeds was significantly higher than bankruptcies last year (5,948 vs 4644), but there are clear regional differences. Dundee had the highest proportion of bankruptcies but was only 16th for trust deeds, suggesting far less awareness of the potential of a trust deed here than in, for example, Glasgow.

Baddeley added, “It’s often only when you start investigating your options in detail that you see just how many choices you have for getting help with your debt in Scotland.

“As the AiB’s data demonstrates there’s a big difference in the way Scots in different parts of the country are dealing with their debt. I suspect that is less a matter of choice, and more a case of some Scots getting better access to debt help than others.”

Insolvency figures more than double as many businesses were keep...