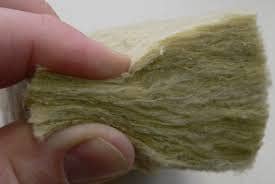 Safety concerns over construction products are not limited to fire safety

This week saw a launch of a fire safety campaign initiated by Fire Safe Europe, the organisation backed by Rockwool and Knauf.  The launch took place inside the European Parliament, supported by MEP Vladimir Manka (S&D, SK) and called for EU elections candidates to sign a pledge to work to improve fire safety during the next European Parliamentary term.  The launch involved people posing with Smurf characters and the campaign theme centres around the safety of construction materials, especially concerning smoke toxicity and façade safety.

Concerns are being raised in Brussels that the safety of construction materials needs to go beyond just the fire safety issue.   This follows a report by Eurogip, a French organisation that investigates issues relating to insurance and prevention of accidents at work and occupational diseases.  The report looked at nine countries (German, Austria, Belgium, Denmark, Finland, France, Italy and Sweden) and concluded that they have all been under-recognising the number of cancer cases caused by workplace exposure to chemicals or other carcinogenic factors.

The Eurogip report states: “Everyone admits there is a phenomenon of under-reporting of occupational cancers.”  For each country, the organisation recorded the number of cases of occupational cancer reported by patients, and the number officially recognised as occupational disease by an insurance company between 2005 and 2016.  In every country except German, cancers due to asbestos dust accounted for the overwhelming majority of cases recognised as an occupational disease in 2016.  At present, approximately half a million workers and former workers receive medical monitoring due to an exposure during their work to asbestos dusts, silica dusts, synthetic material dusts or other carcinogenic, or mutagenic substances or mixtures, and radiation.  Eurogip suggests raising awareness among doctors and hospital staff of occupational causes of cancer, to help raise the number of cases that are detected and flagged at the time of diagnosis.

The highlighting of risk synthetic material dusts by Eurogip adds to the concerns raised by Gary Cartwright in EU Today’s June 2018 report about the serious health risks associated with Man-made Vitreous Fibres (MMVF), more commonly known as mineral wool, including carcinogenicity and lung disease, including Chronic Obstructive Pulmonary Disease (COPD).  The EU Today report explained that after the asbestos industry collapsed due to the danger asbestos posed to human health, mineral wool (MMVF) emerged as a replacement. Mineral wool was classified as a carcinogen until 2002, when a newer version of it was declassified. EU Today’s report examines how the tests that led to the declassification were flawed. Tests in 1996 and 2000-2002 were not conducted with mineral wool in the form that it is sold or used by consumers or commercially: those tests were carried out with the binder or oil removed, giving misleading results regarding carcinogenicity.  There have been mounting calls for the European Chemicals Agency (ECA), based in Helsinki, to carry out retesting on the product as sold.

Dr. Marjolein Drent, Professor of Interstitial Lung Diseases (ILD) at the Department of Pharmacology and Toxicology of the Faculty of Health, Medicine and Life Sciences (FHML), Maastricht University, in the Netherlands, has stated “The effects of the fibres of glass wool and stone wool can be compared to those of asbestos. In the past we did not know asbestos was very dangerous. The results of the effects of fibres in glass wool and mineral wool are only being seen right now, so we must deal with it carefully.”

Before any re-testing can be completed, the need for compulsory use of appropriate safety equipment, such as face masks, by construction workers is being mooted as a short-term safety fix.  From the initial identification of Asbestos as a cause of respiratory problems following an autopsy carried out in a London hospital in 1900 to the banning of its use in buildings took 99 years.   There are concerns that if policy makers only look at fire risks, they will be missing a serious threat to the health of those working with insulation materials such as mineral wool, where just by handling, installing or removing the material, workers and home-owners are at risk from carcinogenicity and lung disease, including Chronic Obstructive Pulmonary Disease (COPD).  It is increasingly accepted that a century cannot be allowed to pass before dealing with that threat to health posed by mineral wool, which is so strikingly similar to that linked to its predecessor asbestos.