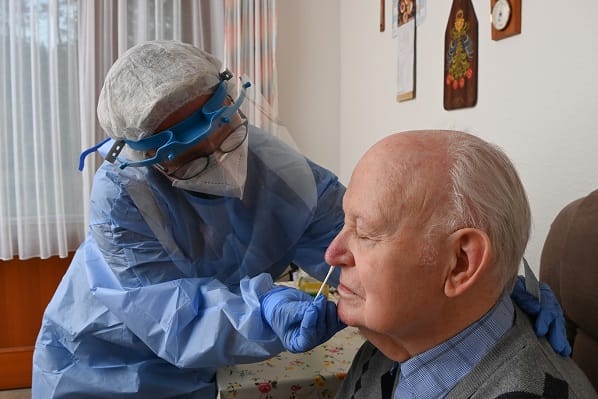 Recruitment in the care sector

Care homes and care operators who provide elderly and personal care outside of the NHS have been in the headlines frequently over the last year or so. The entire care sector has been put under huge amounts of pressure, not least because of the impact of the pandemic. Particularly in elderly care – but also in other areas of care provision where vulnerable people are being looked after – ordinary care workers have had to deal with trying to keep people safe while also giving them the care they need.

What’s more, in the early stages of the pandemic, at least, many carers were putting themselves at risk because, despite having PPE, many of the risks of COVID19 were largely unknown. Now that we have seen the rollout of vaccination programmes there has been a drop in the number of people applying for care assistant jobs. There are fears that mandatory vaccinations for health and social care workers could cause wider skills gaps in the sector. So what is the situation now with regards to recruitment for care companies?

According to a report that was published in October, there was an average of 105,000 vacancies per day in the care sector over the course of the last twelve months. Around a third of care workers left their job in that time period although this was down on the previous year. Some of those leaving roles would have continued to work in the care sector, of course, but not all. As such, employers are still finding it hard to fill all their vacancies, especially as it is harder to recruit people from outside of the UK in EU countries, as was possible before Brexit.

The impact of compulsory vaccinations

Government advice on mandatory vaccinations in the care sector was published in November. A lot was said by various ministers for months preceding this. For some, the question marks over whether vaccine uptake would be compulsory in the sector have led to them leaving it altogether. Of course, the majority of care workers have been vaccinated but it is another pressure that has caused more of a recruitment problem for numerous care providers to have to deal with.

Pay in the care sector

According to one independent think tank, the King’s Fund, adult social care providers paid an average hourly rate of just £6.78 in 2012. Their survey of pay rates in the sector states that this only rose to £7.89 by 2018. That’s astonishingly low given the skill levels needed to do such demanding work properly. Perhaps more tellingly, their report stated that people who had remained in the sector for a decade or more tended to receive only nominally better pay than those who had been working in care for a year or so. It is little wonder that retention is such an issue for care providers if experienced care workers see little improvement in their pay and conditions over time.

Along with pay, care professionals often complain that they see few options in developing their careers. Some care providers simply don’t provide enough on-the-job training to help people develop their careers and get into managerial positions, for example. That’s not the case everywhere, however, because some care providers buck that trend. Anglian Care in Essex is a good example of a company that looks after it’s staff and has been rated as outstanding for leadership and management by the Care Quality Commission. Even better, it provides hourly rates that can be as high as £13.41 not including Christmas bonuses.