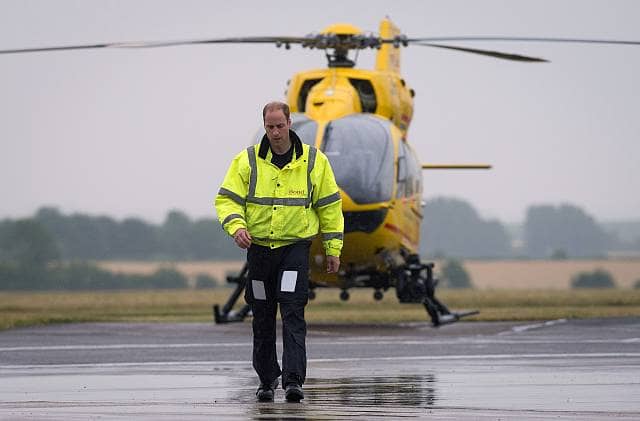 The Duke of Cambridge, Prince William is to undertake his final shift on Thursday evening, for East Anglian Air Ambulance (EAAA) from Cambridge Airport.

The Prince is stepping down so he can undertake more Royal duties on behalf of Her Majesty the Queen and the Duke of Edinburgh.

Prince William wrote in the Eastern Daily Press, saying: “As I arrive for work at East Anglian Air Ambulance this evening, my last shift with this incredible team, I wanted to say thank you to my colleagues, team mates and the people of East Anglia who I have been so proud to serve.

“Over the past two years I have met people from across the region who were in the most desperate of circumstances.

The Prince spoke emotionally of his team and experiences, saying: “As part of the team, I have been invited into people’s homes to share moments of extreme emotion, from relief that we have given someone a fighting chance, to profound grief.

Praising the team, he said: “I have watched as incredibly skilled doctors and paramedics have saved people’s lives.

“These experiences have instilled in me a profound respect for the men and women who serve in our emergency services, which I hope to continue to champion even as I leave the profession.

“I am hugely grateful for having had this experience.”

Prince William received a full salary for his nine-and-half hour shifts, to which he donated, in full, back to the EAAA.