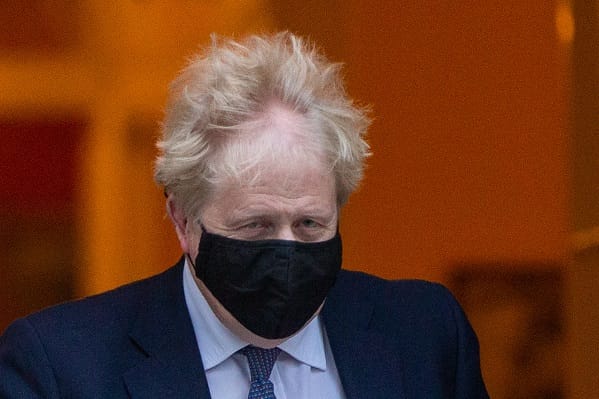 Boris Johnson faithful aide of 14-years has quite after the Prime Minister attacked the Labour leader Sir Keir Stramer over Jimmy Saville.

Munira Mirza has served with Johnson since he was the Mayor of London and quit because Johnson refused to apologise over his Savile attack on Sir Keir.

She wote in a letter to the Prime Minister, “I believe it was wrong for you to imply this week that Keir Starmer was personally responsible for allowing Jimmy Savile to escape justice.

“There was no fair or reasonable basis for that assertion.

“This was not the usual cut and thrust of politics; it was an inappropriate and partisan reference to a horrendous case of child sex abuse.

“You tried to clarify your position today but, despite my urging, you did not apologise for the misleading impression you gave.”

Cummings added on Twitter, “It’s also an unmistakeable signal the bunker is collapsing & *this PM is finished*.”

A Number 10 spokesperson said: “We are very sorry Munira has left Number 10 and are grateful for her service and contribution to government.”

Johnson was called a “disgrace to Parliament” and rebuked by Sir Lyndsay Hoyle the Speaker of the House of Commons over his discredited claim the Labour leader failed to prosecute Jimmy Savile.

The former Tory chief whip has called on Boris Johnson to withdraw his “baseless personal slur” on Sir Keir Starmer and said he was “debasing himself by going so low.”

The Speaker of the House said that he is “far from satisfied that the comments in question were appropriate.”

The Prime Minister tried to “clarify” his remarks on Thursday and he said, “I want to be very clear about this because a lot of people have got very hot under the collar, and I understand why.

“Let’s be absolutely clear, I’m talking not about the leader of the opposition’s personal record when he was DPP and I totally understand that he had nothing to do personally with those decisions.

“I was making a point about his responsibility for the organisation as a whole. I really do want to clarify that because it is important.”

Nazir Afzal, a former chief crown prosecutor for the North West, said Johnson’s comments by saying that the reference made to Savile by Johnson was “a disgrace to Parliament & office of Prime Minister.”

He wrote on Twitter, “Keir Starmer had nothing to do with the decisions taken. On the contrary, He supported me in bringing 100s of child sex abusers to justice.”