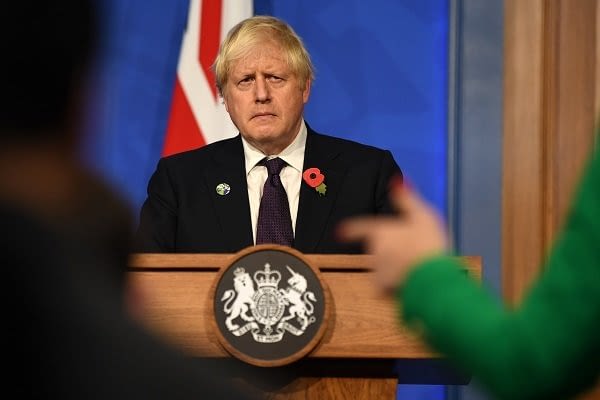 The Prime Minister will hold a press conference later today as the wearing of face coverings has now become law on Tuesday.

It is thought that Boris Johnson will talk about vaccines and the expansion of the booster programme as the deputy chief medical officer Professor Jonathan Van-Tam warned there is a “high degree of current uncertainty” amid Omicron.

Johnson defended the decision to bring back the mandatory wearing of face coverings and said, they are “proportionate and responsible,” which will buy the nation time over Omicron.

He added, “Vaccines and boosters remain our best line of defence, so it is more important than ever that people come forward when eligible to get boosted.”

The Health Minister Gillian Keegan spoke with Sky News this morning and was asked if Christmas could be “cancelled” repeating what happened last year.

Keegan siad the government are “hoping we can keep Christmas on track” this year as the vaccine and booster rollout has made the situation much different from last year and the chances of having to self-isolate over the festive period is “pretty low.”

Speaking at a televised data briefing on Monday, Professor Van-Tam said, “I want to be clear that this is not all doom and gloom at this stage and I do not want people to panic at this stage.

“If vaccine effectiveness is reduced as seems pretty likely to some extent, the biggest effects are likely to be in preventing infections and hopefully there will be smaller effects on preventing severe disease.

“But that is something that is there for scientists to work out in the next few weeks.”

He said that booster programme “has never been more vital than at this point in time.”