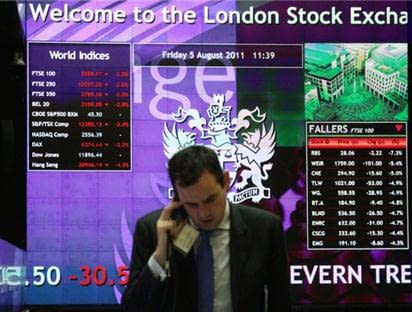 Bank Holidays seem to be having a restorative effect on the FTSE 100, after coming back from Easter full of vim and vigour, today saw the index make another strong post-break advance, reclaiming the 7,000 mantle,” says AJ Bell investment director Russ Mould.

“The catalyst for this latest move higher is chatter about a commodities supercycle with oil companies and miners higher as well as continuing optimism about the reopening of the global economy – with travel, retail and hospitality stocks also in demand.

“Notably the UK seems to be moving through the gears on reigniting the engine of the economy without hitting a road bump of rapidly rising infections or hospitalisations.

“While the EU is suggesting it will open up to fully vaccinated foreign tourists from next month, dare the airlines dream of something approaching a normal summer?

“Inflation continues to be a fly in the ointment of the recovery – with signs of supply chain issues popping up in the latest readings of factory activity in the US and Germany and the price of lumber trading at a record high in Chicago.

“Yesterday in the US there was the hint of the end of a golden era as a successor to Warren Buffett at Berkshire Hathaway was named. While nonagenarian Buffett apparently has no plans to step down in the near future, his age makes it understandable that thoughts would turn to who might eventually replace him.

“It seems to have been a rather biblical-sounding battle between Jain and Abel for the coveted role – with Greg Abel’s youth relative to fellow contender Ajit Jain proving decisive. Filling Buffett’s boots will be an extremely difficult task.”