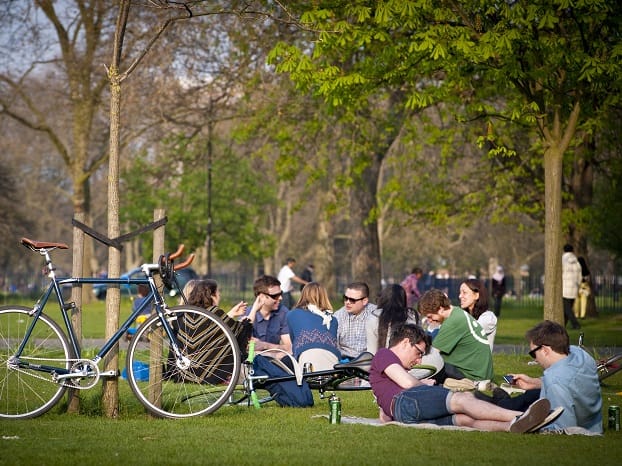 Visitors to London’s open spaces are being urged to follow social distancing rules this weekend to prevent a spike in COVID-19 infections.

The capital’s park providers the City of London Corporation, Lee Valley Regional Park, London’s boroughs, Queen Elizabeth Olympic Park, and The Royal Parks made the call ahead of an easing of some lockdown measures.

Under the Government’s Roadmap, from Monday 29 March, people will be able to meet outside in groups up to six, or with one other household – but those from different households will still need to socially distance from each other.

Park bosses want Londoners to continue to play their part in keeping the COVID infection rate down as cases fall across the capital.

The group is also encouraging visitors to act responsibly when visiting parks by respecting the Countryside Code, not leaving litter behind and using the bins provided or taking their rubbish home.

Director of Open Spaces for the City of London Corporation, Colin Buttery, said, “Parks have played a crucial role in the physical and mental health of Londoners during the pandemic. But although some restrictions will soon be eased, we are still in a national lockdown – and it’s crucial that we all follow the rules to prevent a new spike. Londoners have already made huge sacrifices to cut infection rates, and there is light at the end of the tunnel. But we can’t afford to be complacent now and allow this virus to spread.”

Shaun Dawson, Lee Valley Regional Park Authority Chief Executive, said, “Our open spaces have never seen so many visitors and have never been more needed. We want people to carry on enjoying these vital green places, but we need everyone to respect the parks, our staff and other visitors, plus take home their rubbish and, if somewhere looks busy, move to another spot.”

Tom Jarvis, Director of Parks at The Royal Parks, said, “We’ve welcomed an unprecedented number of visitors throughout the pandemic, to boost visitors’ mental and physical wellbeing, but increased footfall is putting pressure on the natural environment.

“Simple actions, like sticking to pathways and keeping dogs on a short lead around wildlife and near skylark nesting areas, putting litter in bins – or taking it home, and keeping at least 50m away from deer, can help to protect the parks so they remain beautiful spaces for the year ahead.”