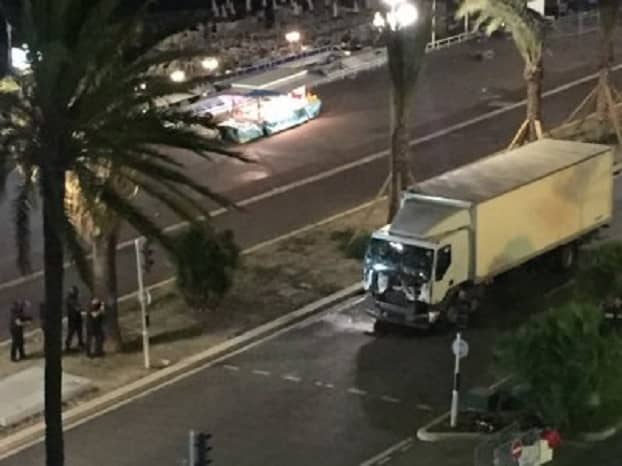 More than 80 people were killed yesterday after a lorry crashed into crowds celebrating Bastille Day in Nice yesterday.

The incident comes after a terrorist attack rocked Paris in November last year.

A large white truck sped towards crowds zigzagging for up to 2km.

According to various media reports, the driver also fired shots on people. He was subsequently killed after a gun battle with police near the luxury Palais de la Mediterranee hotel.

“I was opposite the Palais de la Mediterranee when I saw a lorry at high speed running over people. I saw it with my own eyes, people tried to stop it,” said one witness.

French president Francois Hollande said “a horror has come down on France again” adding that “the terrorist character [of the the attack] cannot be denied”.

“After Paris, Nice is now hit,” he said. “It is all of France which is under threat of Islamic terrorism.

“It is clear we need to do all we can to fight against terrorism,” he said. “France is strong, and France will always be stronger, I assure you.”