Home Business News Millions of households are facing the threat of three-hour blackouts, here’s ‘how to beat the blackouts’ 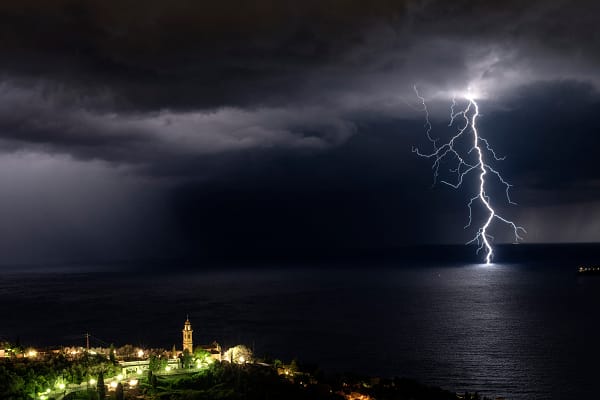 Millions of households are facing the threat of three-hour blackouts, here’s ‘how to beat the blackouts’

As National Grid warns of winter blackouts, Property expert offers his tips on coping with energy shutdown and urges Ministers to provide advice.

Millions of households are facing the threat of three-hour blackouts this Winter who can take a number of steps to reduce the impact on their lives, a property expert has advised.

Jonathan Rolande also urged Ministers to provide regular updates in the wake of an announcement by National Grid that Brits could be hit with three-hour shutdowns during the Winter.

Mr Rolande, from the National Association of Property Buyers, said: “People will be rightly concerned about this warning and the fact the National Grid is issuing it now indicates there is a real risk it could happen.

“Ministers really need to take the lead in this area and to provide regular advice. But even in the worst case scenario there are a number of things households can do to ensure that their lives aren’t too badly disrupted by blackouts.”

Setting out the steps, Mr Rolande explained: “The first thing people will worry about is their food. But fridges can retain their temperature for around four hours, while food can remain safe in a freezer for up to 2 days so there’s no need to worry about food spoiling.

“It’s wise for homeowners to check smoke alarms. Mains alarms usually have a battery backup but it is best to check. If in doubt, buy battery alarms, which cost about a fiver, and install at least one on each floor of your home. Power cuts do increase the chance of fire so this is vital.

“If you have solid fuel, make sure you’re stocked up. Remember that a gas cooker will work and can heat the room as well as your supper.

“It would be wise to think about investing in some camping lanterns, torches and plenty of batteries, or buy the wind-up type. Make sure you know where they are and consider leaving one by the front door, and another by the bed etc case power is lost unexpectedly.

“Phones will be an issue in any blackout. Mobiles and some landlines need power, so keep the mobile topped up and consider buying an emergency power bank, just in case – which cost about £10.

“Power is most likely to go off around dinner time – between four to seven – so think how you will be able to cook a warm meal for yourself and family. Pasta, noodles and rice are all simple to cook on a gas hob. If you have an electric cooker or rely on a microwave, think about what you’ll do.

“If power does go off, switch off unnecessary appliances that will switch on when power returns but leave a light on so that you know when power returns. Sensitive equipment like a PC should be unplugged in case of a power surge. Think about pets such as fish in a heated tank.

“Finally, if you’re able to, check on neighbours and relatives to make sure they are safe and warm. A blackout will cause uncertainty among many, especially those living on their own.”

Mr Rolande’s advice comes after it emerged millions of households could face three-hour blackouts this winter.

The company, which is responsible for the UK’s gas and electricity supply, warned there might not be enough power for the country if the energy crisis continues.

Households could get around £10 per day for turning down their appliances, but exact details will be revealed on November 1.

The National Grid Electricity System Operator has issued its bleak “winter outlook” report that details the scenario that a shortage of gas could mean “planned interruptions of electricity supply to businesses and households”.

If the power cuts do go ahead, it will be the first time there has been controlled blackouts since the 1970s.