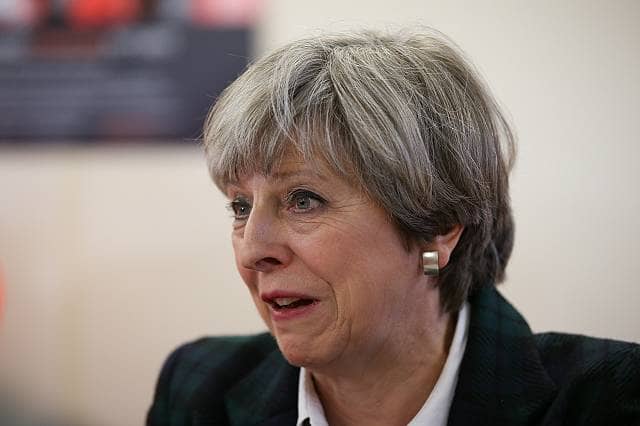 This is what she’s expected to say

Theresa May will head to the north-east of England on Friday. She will claim Labour has “deserted” working-class voters.

She is set to pledge to campaign “in all corners of the UK” to reach the people who have been “abandoned by Labour”.

She will also say that people have been voting for Labour for generations but many are “appalled” by Jeremy Corbyn’s beliefs.

A draft of Labour’s manifesto was leaked on Wednesday. The leaked draft contains policies on nationalising railways and scrapping university fees.

After Corbyn’s party unanimously approved the final version which will be released next week. He said it would be “an offer that will transform the lives of many people in our society and ensure that we have a government in Britain on 8 June that will work for the many, not the few”.

May is expected to say: “Proud and patriotic working-class people in towns and cities across Britain have not deserted the Labour Party – Jeremy Corbyn has deserted them,”

“We respect that parents and grandparents taught their children and grandchildren that Labour was a party that shared their values and stood up for their community.

“But across the country today, traditional Labour supporters are increasingly looking at what Jeremy Corbyn believes in and are appalled.”

“I will be reaching out to all those who have been abandoned by Labour and let down by government for too long. I will be doing everything I can to earn their trust.”