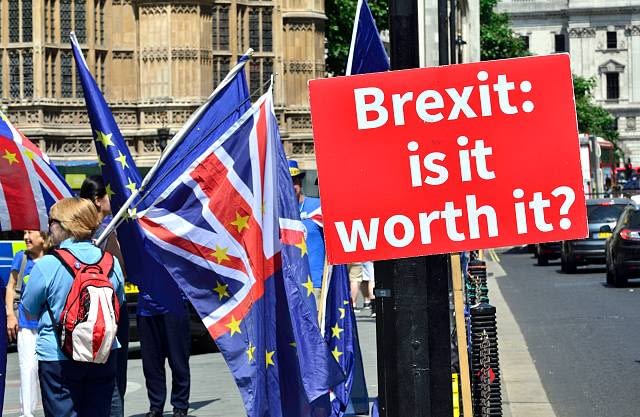 New research published today by EEF, The Manufacturers’ Organisation, shows that one is six manufacturers business decision makers say business would become untenable for them if the UK reverted to WTO tariffs, increased border checks on people and increased checks on goods at the border.

Moreover, 30% of businesses say that they are finding or expect to find it more difficult to recruit workers with the necessary skills.

The EEF-commissioned ComRes survey of 500 manufacturing business decision makers finds with just 6 months to go until Britain leaves the EU, four in five (83%) say that they are currently not prepared for a no-deal Brexit. Two in five companies (43%) say they are not prepared and will not be preparing for what would happen if the Government fails to strike an agreement.

Respondents were uncertain about where future opportunities lie, with 24% not clear what their biggest post-Brexit opportunity will be, but there was a definite appetite to take advantage of new trade possibilities.

The survey showed that businesses see America as the top priority for a new trade deal after Brexit (52%) while two in five businesses (41%) are already exploring, or expect to explore, new markets outside the EU.

Manufacturers are however clear on their priorities for the Brexit negotiations, as trade with the EU seen as critical. Some 58% of business leaders highlighted the need to retain no tariff trade with the EU, and half (50%) emphasised the importance of retaining full access to the single market.  Respondents also recognised the need for new trade deals outside the EU, with 68% referencing this as a priority. There is also clear concern about investment, with over a fifth of respondents (21%) having either lost or expecting to lose out on investment because of Brexit.

Remaining in the Customs Union was seen as important for 71% of those businesses surveyed.