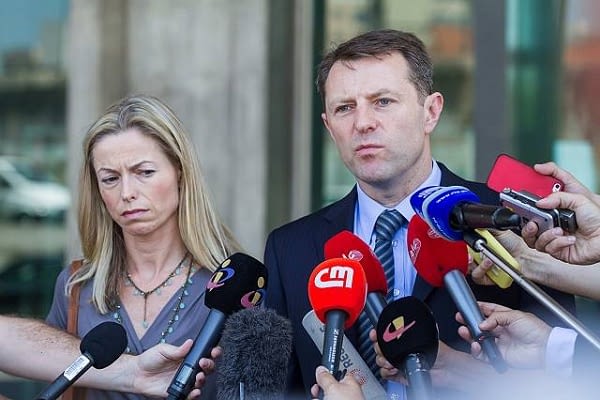 A German prosecutor Hans Christian Wolter has said that he has evidence Madeleine McCann is dead.

The German child sex offender known as Christian B was identified last week as the potential killer, and the prosecutor are calling for British tourists to come forward with information.

Scotland Yard have also said he is the main suspect in the disappearance of McCann.

Wolter told Sky News they have “no information that she is alive.” He is appealing for help from British tourists who were in Praia da Luz between 1995 and 2007.

He said, “After all the information we got, the girl is dead.

“We have no information that she is alive. All indication we have got that I can’t tell you points in the direction that Madeleine is dead.

“We got things we cannot communicate that speak for the theory that Madeleine is dead, even if I have to admit that we don’t have the body.”

“We expect that she is dead, but we don’t have enough evidence that we can get a warrant for our suspect in Germany for the murder of Madeleine McCann.

“At the moment we also don’t have enough proof for a trial at court, but we have some evidence that the suspect has done the deed.

“That’s why we need more information from people, especially places he has lived so we can target these places especially and search there for Madeleine.

“We need help from the people, from British tourists that might have been between 1995 and 2007 in Praia da Luz. Only with these calls we can solve the case of Madeleine McCann.

“We think our suspect has done more crimes possibly against British, Irish or American people. All these people are asked to call us so we can solve these cases.”

Wolters said they need more information over Christian B, as to who his friends were and where he lived in Praia de Luz.

He said, “Basically, we need every information in that time period, where did he live, where did he work, to which places he had a special relationship, who were his friends and the people he knew.

“And we hope that maybe we find victims that maybe also got in these houses, victims of sexual crimes.”