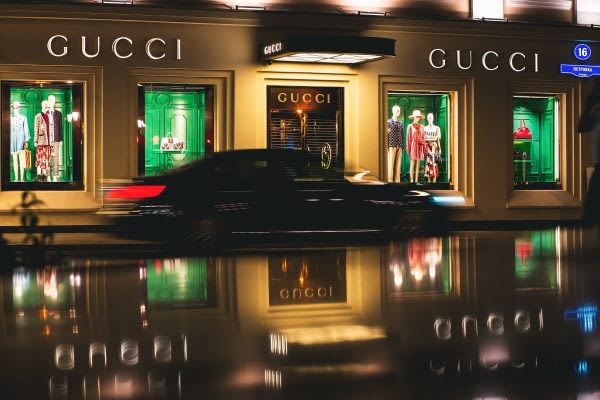 Gucci may be one of the most recognisable brands in the world, but the fashion giant has recently lost in a long-running trade mark dispute.

In the United States, Italian fashion house Gucci holds the trade mark for its iconic ‘horsebit’ design. Used on its shoes, the horsebit symbol is considered sufficiently identifiable as Gucci to retain a trade mark from the US Patent and Trade mark Office USPTO). But in Italy, the home of Gucci itself, it’s a different story.

There has been a long-running trade mark dispute in Italy between Gucci and the fashion brand Silvano Lattanzi. In 2011, Gucci uncovered the use of the horsebit design on loafers sold under the Silvano Lattanzi brand in a Tuscan retailer.

With the assistance of the financial authority of Italy (the Guardia di Finanza), Gucci confiscated the shoes. Since then, Gucci has been fighting Lattanzi over the alleged unauthorised use of the horsebit symbol.

Almost ten years ago, Gucci filed a complaint with the Trubunale di Fermo. This is a district court in Italy. Gucci accused Lattanzi of counterfeiting by producing and selling footwear using the horsebit design prominently displayed on the shoe’s upper. Gucci claimed that the horsebit is a long-serving indicator of its own branded products. The fashion powerhouse, which is owned by Kerig, argued that consumers would assume that Lattanzi’s loafers are in some way affiliated with or connected to Gucci.

This is significant under Italian trade ark law. The Italian trade mark system works on the basis that the first to file owns the trade mark. This means that trade mark rights are acquired only by registration, and not by who first uses the mark.

Perhaps more significantly, Lattanzi has also challenged Gucci’s right to the trade mark of the horsebit design. The team argues that the design does not function properly as a trade mark. They say that the horsebit design in and of itself does not serve as an indicator to customers that there is one single source for the product. Instead, Lattanzi says, the horsebit design is a widely-used symbol and is on all kinds of products from other brands too. The team cites Italian brands Santoni and Salvatore Ferragamo as using the design, among various others.

They further argue that the symbol has been used by Gucci consistently since then. With media attention, sales success and huge amounts of ad spend, the horsebit symbol is synonymous with the Gucci brand. Furthermore, the loafers that boast the horsebit design are long-time best-selling Gucci products.

Despite this seemingly strong defensive argument, Italian business paper Il Sole 24 Ore reported that Gucci has failed to convince the district court. The brand’s case was not helped by the fact that in court it was argued that the horsebit design has been used by other brands (not Gucci affiliated) since at least 1938. The decision from the Tribunale di Fermo, announced in the first week of October 2019 sided with Silvani Lattanzi. The smaller brand is therefore not considered to be counterfeiting criminal goods.

Lattanzi brand back in production

Following the decision, Lattanzi’s lawyer, Francesco De Minicis made a statement. He said that while a “distinctive trade mark can be registered when there is a novelty. In this case Lattanzi launched an accessory that had already existed for a long time.”

Mr Lattanzo himself, who owns the Lattanzi brand, says that he is going back into production. His brand had to halt production on the footwear boasting the horsebit design while the case was ongoing. He says: “After almost nine years, we can finally go back to using our buckle.”

Gucci has not yet commented. It’s not known whether they will launch an appeal against this decision.