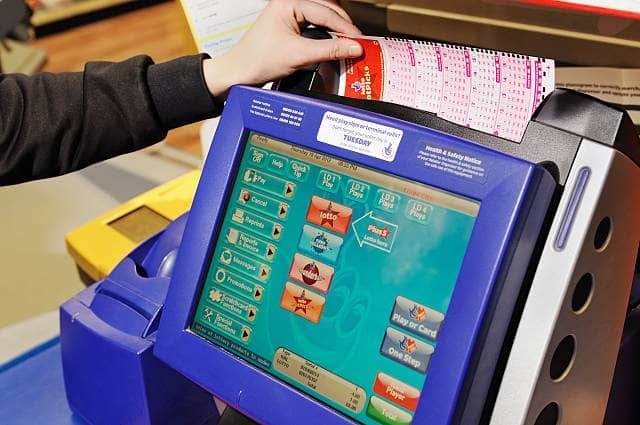 Lotteries: From national to international

For the last decade we have been seeing the start of a mini revolution in our town centres. High streets are, in most cases, shrinking. Whether it’s a clothing store, electronic retailer, toy store or supermarket, the internet has disrupted the high street in such a way that some are barely recognisable from what they were a decade ago. With the exception of coffee shops and restaurants, there seems to be very few industries that haven’t been affected, and even the gambling industry has seen a movement in customers, although rather than seeing them just disappear, gambling fans are simply moving online.

The appeal of convenience

It was always thought that online sports betting and casinos would prove to be a popular alternative to their brick and mortar predecessors, but it is the area of low stakes betting that has taken the industry by storm in recent years. It seems low stakes, low risk, ‘simple’ betting is the surprise package in the gambling industry at the moment, with women bringing added numbers of new punters who were previously less interested in wagering in general.

When it comes to low stakes gambling, there is one game in particular that can be looked at as the seed that gave birth to a phenomenon. Lotteries have been regarded as somewhat of a ‘gateway drug’ into low stakes betting, and this is in no small part due to the fact that they infiltrated the cultural zeitgeist from an early age. Whereas the idea of children being interested in casino games or other forms of gambling is looked at as something of a ‘faux pas’ in many cultures, watching the lottery numbers come through, and checking their parents tickets was quite a normal thing to do on a saturday night for vast swathes of children across the UK. As such, ‘The Lotto’ has become the most acceptable face of gambling for a large percentage of the population. It was the most likely form of gambling to be seen by children growing up, and with a relatively low entry fee, was never seen as a danger to society, as others forms of gambling had been. The Lotto was cheap, low risk, and exciting. It is also worth noting that The National Lottery is responsible for millions of pounds going to good causes up and down the country, which is rarely the case in other forms of gambling, another facet that no doubt increases the dopamine levels in those who partake in the fun. The player has fun, a chance to win big, and helps those less fortunate in the process. Everybody wins, right?

Lotteries hold the key the gates

The genius of lotteries is that, unlike most other forms of low stake gambling, the winner gets to take home a large prize fund, while only risking a small amount themselves. It has the allure of winning a small fortune, but without any of the risk associated with high stakes gambling. Low risk, with the potential of high reward is always going to appeal to the gambling novice as much as the fanatic. The National Lottery in the UK for instance, is still one of the most popular forms of gambling, even after a slight tailoff in numbers and a major rebranding in 2002. It is also worth noting that the legal age to play the national lottery is 16, a full two years younger than the legal age to gamble in a casino or place a bet on a sporting result, no doubt reinforcing the attitude that the lottery, unlike “true” gambling, is seen as a family friendly affair.

The web makes everything worldwide

The movement of gambling to the online sphere has taken the lottery with it, and whilst national lotteries have remained popular, their online compatriots have also made a niche for themselves in the digital space. Women, being the driving force behind a lot of small stakes betting, have obviously been considered when designing the online Lotto websites too. The dark, serious, foreboding themes often seen in the poker or roulette websites and apps are replaced with bright, colourful, inviting apps that portray a less serious game, and instead concentrate on the experience itself. The move to the digital space also allows for international lotteries to essentially be played in a multitude of countries, rather than being restricted to the one country in which the player resides. And with specialist websites weighing up the pros and cons of the best online lottery sites, new punters have it easier than ever when choosing what lottery to play.

As such, players can now pick and choose which lottery suits them best. Want the dream of becoming one of the richest people in your country? Then pick the lottery with the biggest jackpot. Perhaps you want a slightly higher chance of winning, with a smaller jackpot? Then a different lottery should be able to provide just the ticket. With different ticket prices, side games and scratch cards, special offers to new players, and plenty of promo codes, there is bound to be a lotto out there that could peak your interest, whether you are a veteran of the online gambling world, or a ‘newbie’.

Will we see lotteries make way for different low stakes gambling in the future? That is anyone’s guess right now, but judging by the general movement of services into the virtual world, it will probably be a case of ‘rolling with the punches’, rather than simply fading away into oblivion. The lottery, for now, is here to stay.