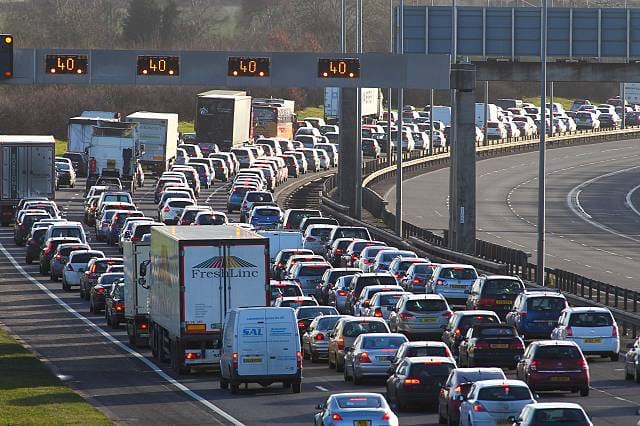 London is one of the driving capitals of the UK

Non-drivers in the UK are in no rush to jump into the driver’s seat, new research has suggested.

The research, which was conducted by vehicle data experts HPI, surveyed and equal split of 1,000 drivers and non-drivers and found that well over half of non-drivers in the UK (64%) have no intention of taking their driving test in the next six months.

The costs incurred in buying (48%) and running (40%) a car came out top of the list of reasons non-drivers are hesitant to book in their driving test, closely followed by the price of driving lessons themselves (38%). However, when asked about their monthly travel costs, UK drivers came out as spending less on average than those relying on public transport. The survey shows that the average UK driver spends £92.80 a month on their car, whilst non-drivers spend £120.60 on getting around by buses, trains, trams and taxis.

However, it’s not just worries over the price of driving that are stopping non-drivers getting behind the wheel, with over a quarter (28%) stating they will not be taking their test due to fear of driving itself. With worries over cost potentially keeping non-drivers away from taking lessons until later in life, it is possible that the fear of the unknown is pushing people to delay taking steps towards achieving their full licence.

Environmental considerations are another reason stopping people getting behind the wheel. Despite the advances in electric vehicles, over one in ten non-drivers stated the impact on the environment was a major factor in utilising public transport over driving a car.

While most non-drivers may show indifference towards gaining their driving licence, driving is still the main form of transport for the vast majority of the UK. By analysing the latest data from the DVLA on the number of full driving licences held in major UK cities against the latest population figures of those aged seventeen and over, the research shows two thirds of those eligible to hold a licence (66%)  are legally able to drive a vehicle.

The data shows Leicester to be the driving capital of the UK, with only 17% of eligible residents yet to achieve their full driving licence, with Bristol coming in a close second with 81% of residents able to legally drive. Nottingham has the lowest percentage of drivers in the country, with only half of those aged seventeen and older in the Midlands city able to drive.

Fernando Garcia, Consumer Marketing Director at Hpi Check said, “With the much-publicised issues surrounding the rising costs and often unreliable service offered by various public transport options, we were shocked to see such a large majority of non-drivers state they had no intention in taking their practical driving test in the near future.

“While the costs incurred in taking lessons and then buying and running a car may seem daunting at first, the freedom that comes with holding a full driving licence allows this cost to be evenly spread out over a number of journeys. As the research shows, while relying on public transport can be a perfectly acceptable alternative, it does come at a financial cost.

“For those worried about taking their first steps towards learning to drive, it is important to explain your worries to your instructor who will be able to talk you through any issues as you gain confidence behind the wheel.”