CLICK HERE TO WATCH THE FULL VIDEO
Home Business News Lockdown fines are to rise to a maximum of £3,200 says Home Office 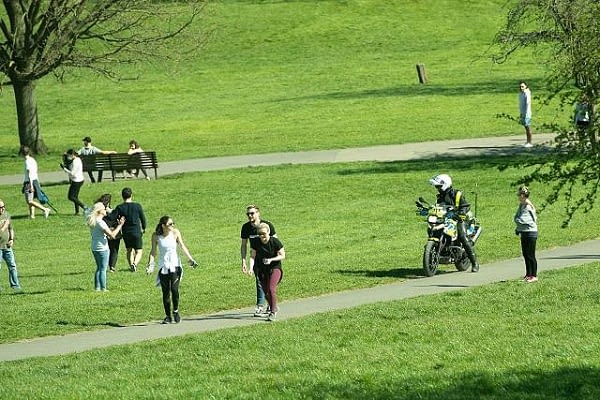 Lockdown fines are to rise to a maximum of £3,200 says Home Office

The Home Office have said from Wednesday lockdown fines will rise to £100 if police believe someone is flouting the lockdown rules.

For each repeat offence fines can go up to a maximum of £3,200, under the existing legislation known as the Health Protection (Coronavirus, Restrictions) (England) Regulations 2020.

However, the lockdown rules are set to change from Wednesday as people are allowed an unlimited amount of exercise and are allowed to sit in parks, so there is much confusion.

Police have warned the Prime Minister that relaxing lockdown rules, brings real risks of “loose rules that are left open to interpretation” which is difficult to implement.

John Apter, the national chairman of the Police Federation of England and Wales, said: “What we need from the Prime Minister and the government now is clear and unambiguous messaging and guidance, explaining what exactly is expected of the public, so that my colleagues can do their level best to police it.

“Police officers will continue to do their best, but their work must be based on crystal clear guidance, not loose rules that are left open to interpretation, because that will be grossly unfair on officers whose job is already challenging.”

Apter said that Boris Johnson’s announcement came after a week of “mixed messages and the release of some information which, fuelled by media speculation, meant many people acted as though the lockdown had already ended.”

He said, “If the message of what is expected of the public is not clear, then it will make the job of policing this legislation almost impossible.”